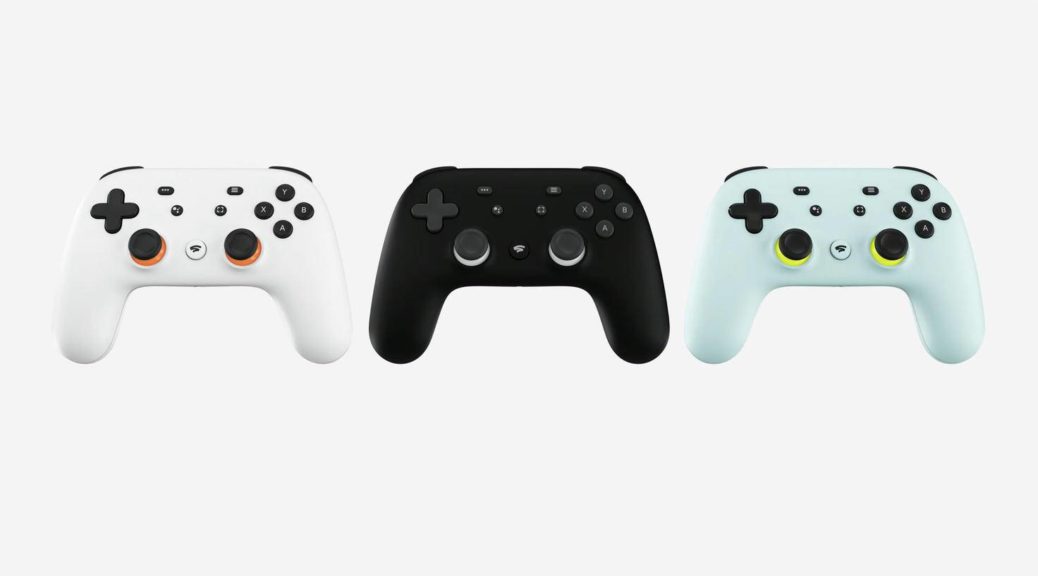 It's not all bad about Google Stadia: When complex blockbuster games open without a download in the Chrome browser on my old MacBook, I see the future of video games flashing for a moment. But it's not just rosy.

With Stadia, Google wants to revolutionize the gaming industry. A console or gaming PC should become superfluous, as the Alphabet Group's cloud servers have more than enough computing power to stream high-quality games over the Internet to every screen. Google Stadia has been available as a premium subscription for around ten euros per month since November, with a free version to follow "soon".

This is what Google Stadia offers

I have tested Stadia Pro over a longer period of time and compared it with other providers. Because cloud gaming is not new, other services already allow you to play without expensive hardware. Control inputs to the controller or mouse and keyboard are sent from the player to servers that do the arithmetic. At the same time, the gameplay appears on the screen as a video stream. A good internet connection is a prerequisite for this to work well.

Cloud gaming everywhere – at some point

The promise of cloud gaming is simple: high-quality games should be playable on any screen regardless of the hardware. But Google Stadia in particular is anything but uncomplicated in this regard: iOS devices are initially completely excluded, Android smartphones (previously only Google's pixel models) can only be used with a wired Stadia controller, while other controllers run with Bluetooth, TV -Devices only with Chromecast Ultra, but then the Stadia controller also works wirelessly. The customer has to see through that first. Everything should be easier later, Google is upgrading.

This also applies to a whole bunch of features that Stadia should set itself apart from other providers: "Crowd Play", "State Share", "Style Transfer" or "Stream Connect" will be delivered later. Behind the colorful names are functions that allow, for example, entry into the game of a YouTube player, in the exact same place that can be seen in the video ("crowd play"). Or sending a certain game as a compact browser link ("State Share"). There will also be free access later. However, it is not yet known when exactly all of this will follow.

Google Stadia officially requires an internet connection of at least 10 Mbit / s. The test shows that a lot more is needed to make playing with Stadia really fun. To determine this, I artificially reduced my bandwidth using software. The Stadia gaming experience is bearable from 15 Mbit / s, but we recommend at least 25 Mbit / s actually available bandwidth.

In addition, Google seems to be more sensitive to higher ping times than other providers. In the office with several hundred megabits per second of bandwidth, but connection via the complex company network, the game is often pixelated and shaken by input lag. At home via the house connection with about 150 Mbit / s, but with a lower ping, it works much better on the desktop via LAN cable.

Interestingly, I got an even better result via WLAN on UHD TV using Google Chromecast Ultra. This variant on the TV with Stadia controller, but instead of via WLAN with a network cable, worked like the optimal usage scenario for Google Stadia. Depending on the game, the promised 4K resolution is rarely achieved, but at least I received HDR graphics and the feel of the game could not be distinguished from the PS4 – even if conditioned multiplayer fans could notice the minimally stronger input lag.

So far, settings related to stream and performance can only be made in the Stadia app, they will then apply to every device that is played with the account. Unfortunately, various parameters cannot be adjusted in detail. Only the three options "Restricted data usage" (up to 720p resolution), "Balanced" (up to 1080p) and "Best image quality" (up to 4K) are available.

Google states that Stadia "automatically adjusts all graphics settings to the internet connection and desired quality". Other options would be desirable. Cloud competitor Nvidia GeForce Now, for example, allows me to independently adjust the maximum bit rate, resolution, FPS or VSync in the client and offers an additional mode for poor network connections.

What should I actually play there – and with whom?

The biggest shortcoming of Google's service is not the technology, which will hopefully improve over time. It becomes difficult with the content that is available through Stadia. A quarter of a year after the launch, only 28 games are available, the adventure "Gylt" is the only Stadia exclusive game. For 2020, 120 additional titles have already been promised, which they are and when they will come is unclear.

Games previously purchased on other platforms cannot be used with Stadia. For example, if I bought "Ghost Recon Wildlands" for the PC or PS4 and had already played for 30 hours, I have to buy it again when I switched to Google Stadia for around 50 euros and cannot use my old game. There are also monthly fees for Stadia itself.

That has to change – and improvement is in sight: "The Division 2", like "Ghost Recon" also from Ubisoft, will also be published on Google Stadia in mid-March, with transferable scores and crossplay to the PC version. You will also find players on the servers who do not use Stadia. In "Destiny 2", which so far has had to do without crossplay on Stadia, I didn't even meet a dozen other players within a few hours on a Tuesday evening. It's devastating for a massive multiplayer online game.

Hopefully, crossplay and cross-progression will become standard at Stadia. Even if you still have to buy the games again, which in times of game subscriptions doesn't really seem up to date anymore.

After all: nice controller!

Controllers can do it: The Stadia controller is not necessarily required for playing.

But, as I said, it's not all bad. The Stadia Controller feels great, is of high quality and lies well in the hand. It feels a little bit like a wider Xbox controller with the handles of the PS4 DualShock. A special button lets me take screenshots and videos at lightning speed, which I can then manage in the Stadia app. Another button is provided for the Google Assistant, but this function is not yet available. It is also a shame that the controller cannot be used on a PC or mobile device for games without Stadia.

Who is Google Stadia for?

Anyone who is skeptical about Google Stadia shouldn't blame the technology. It is impressive how complex games can be started easily in the Chrome browser and with a good internet connection cloud gaming works.

However, criticism of Stadia's business model is undoubtedly appropriate. There is hardly a reason why someone who is already a consumer of video games should switch to the new platform and take out a paid subscription. Google Stadia is only interesting for people who have a good internet connection, but:

But even for this limited target group, it is unfortunately not advisable to fill your Stadia library with full price games. Because Google could come up with the idea in some time to pull the plug at Stadia again if the success fails – as with many of its other services that did not achieve good user numbers. Then the dearly paid content and scores of the customers who are now investing in the venture would be gone.

There are strong alternatives to Google Stadia – especially for gamers who are interested in PC games. For example, Nvidia GeForce Now enables you to play games purchased elsewhere, as does the French service Shadow . In addition, both companies offer more freedom when it comes to settings and available devices.

For me, the most interesting thing about Google Stadia is how quickly the problems of this virtual game console can be solved. Two promising measures to bring more users to the platform have already been announced:

Above all, however, the number of games available must increase so that a Stadia subscription is worthwhile for players. It seems that Google is not investing enough here yet. The company offers little incentive for indie developers to publish their games there. Instead, Google should lure developers with attractive financing models to pull them onto the platform, as Microsoft or Apple are already doing . Then, but only then, could Stadia still get the curve.