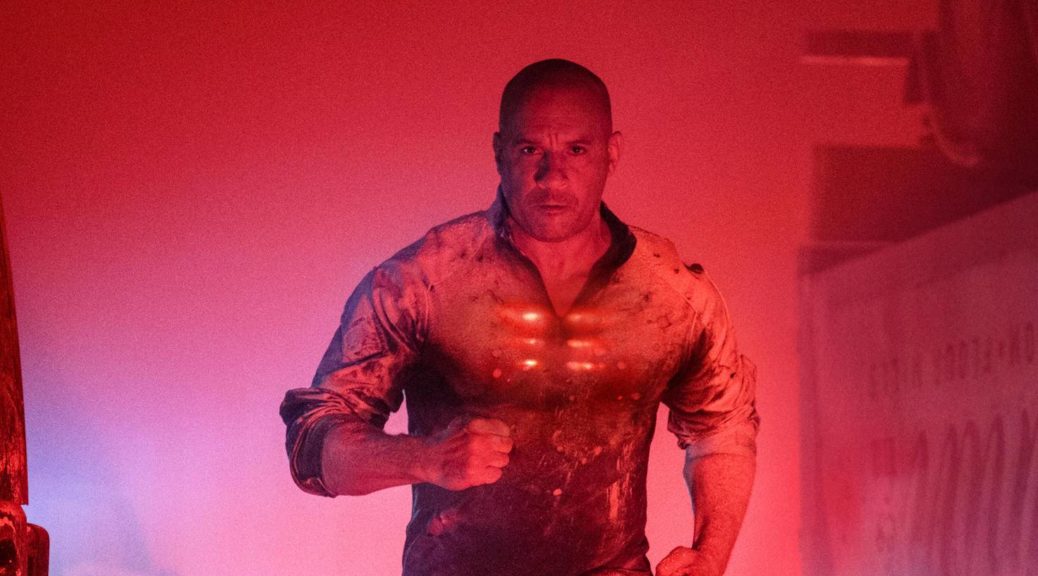 DC and Marvel should dress warmly: publishing competitor Valiant Comics expands to the cinema and sends "Bloodshot", his first own comic hero, to the big screen. Our film reviews reveal whether this is a good idea or the film is going down against the overwhelming competition.

And the research laboratory greets you every day: the story

Soldier Ray Garrison (Vin Diesel) returns to his girlfriend after an assignment to the Italian idyll. But luck doesn't last long, because the two are kidnapped by a psychopath – and killed.

Then Garrison wakes up in a research facility but can't remember anything. He doesn't even remember his name. From research director Dr. Emil Harting (Guy Pearce) discovers Garrison that he was dead, but the researchers have managed to get him back. In addition, nanorobots were injected into him, making him invulnerable and thus immortal. Oh, and he's superhumanly strong now. Clear.

Over time, however, individual scraps of memory come back. They tell Garrison what happened – and who is responsible for the murder of him and his girlfriend. He sets out to stop the killer. What Garrison doesn't know is that he goes through this scenario again and again, only his goal is always different.

Dave Wilson makes his debut as a feature film director with "Bloodshot". Previously, he was responsible for an episode of "Love, Death & Robots" , but his hobby is actually the cinematic trailers and visual effects in video games.

And you have to let him do that: Most of the action scenes are spectacular, especially in combination with slow-motion effects. Wilson seems to have fooled at them because they are used very often. Probably the best scene can be seen relatively early: On his revenge campaign, Garrison heads in a tunnel with a truck directly to a car column. This moment was already visible in parts in the trailer: Bloodshot takes apart one enemy after the other in red-lit light. It is irrelevant that half a face is torn open with a shotgun. The small nanobots ensure that Garrison looks like the old man again in no time.

Just think about it in slow motion – and it could be a scene from "Baywatch".

Can you still complain to the manufacturer?

But everyone who watched the physics lesson for five minutes should now ring the alarm bells, because the scene takes place in the middle of a thick cloud of flour. This may look good, but small arms and light rockets don't go very well with clouds of flour. Not really at all! Yes, it's a science fiction film that people are walking around with nanoparticles, but I strongly doubt that suddenly flour is no longer explosive. At this point, everyone involved would have had to fly in the air with timpani and trumpets.

Bloodshot is a comic book hero, not a superhero

Unfortunately, none of the following action scenes can keep up with the one in the tunnel. There aren't too many anymore anyway. I would have really wished for more because the story had already been saved a lot. I don't know the comics, but Bloodshot is not an uninteresting character at first. He is the opposite of more or less slick superheroes as we know them from Marvel or DC.

The closest it can be compared to the Punisher, who also acts out of revenge and not to help other people. The same applies to Bloodshot: he is neither good nor bad. He does his own thing. In my opinion that could have been worked out much more strongly. Wasted potential.

"You were dead. But it isn't anymore. And it won't be that fast anymore!"

Instead, the dialogues are interchangeable and limited to Garrison's flat one-liners. Without wanting to reveal too much: That makes sense in the first half of "Bloodshot". The figure could have been granted a little more brain power in the course of the film.

A little bit of everything

Many of the scenes in "Bloodshot" feel like they have been put together directly from other films. Perhaps the best way to summarize the movie is this: The Punisher caught in "The Edge of Tomorrow" with the superpowers of Wolverine and the cognitive abilities of Eddie Morra in "Without Limit" after he has dropped a tablet.

… or right: At Bloodshot every beat is right.

My highlight – or rather: Lowlight – is the fight in an elevator. I suddenly felt like I was watching "Hobbs & Shaw", in which there is an almost identical scene. A bald guy fights with another guy in free fall, far from any physical realities and without serious injuries. But at "Hobbs & Shaw" at least the sayings were cooler. I immediately felt the feeling that this was a little swipe against the "Fast & Furious" spin-off. There is nothing new between Dwayne Johnson and Vin Diesel .

Apart from that, many settings of the action-packed discussion on the computer have been created – which you can clearly see. It is probably the worst animation in the entire film. It shows you why the film only cost $ 42 million.

A film with Vin Diesel … and who else?

There is nothing to emphasize in terms of acting performance. Vin Diesel does what he always does: look grimly out of the laundry, don't say much and hand out at the right moment. None of his co-stars remain in my memory. Most likely perhaps Lamorne Morris ("New Girl"), who caused a laugh or two with his sayings and his nerdy manner.

From Outlander to Outsider: Sam Heughan

We owe at least a few laughs to Lamorne Morris as a tech nerd.

Conclusion: no danger for Marvel and DC

Unfortunately, "Bloodshot" has given away too much of its potential for the film to be a real competition for Marvel or DC. Slow motion action has its appeal, but is used far too often. In addition, it would have been good for the film to focus more on innovation than on familiar scenes from other blockbusters. "Bloodshot" is nothing more than a nice sci-fi action film that will find its audience, but should have disappeared from viewers' heads after leaving the cinema.