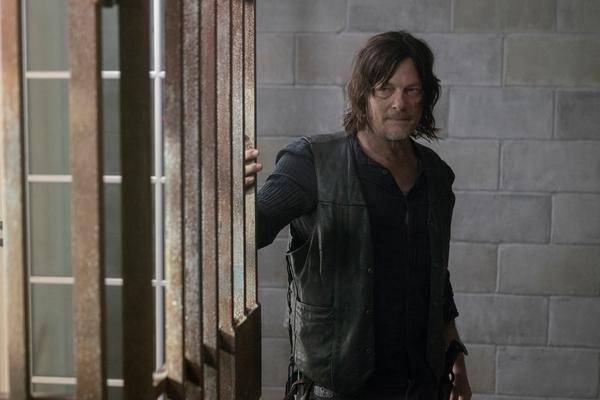 Friends of well-groomed zombie action: This Sunday, the second half of the tenth season of "The Walking Dead" starts in the USA. Also means: On Monday we are ready! With a small round-up we summarize the most important points so that you are prepared for episode 9.

Where did season 10A leave us?

What was that nasty cliffhanger again at the end of the eighth episode of season 10. After the residents of Alexandria were lured into the nearby cave, we can already hear the biter slowly approaching. Before Carol and the others deal directly with the undead, the screen goes black, a cut follows, and the credits roll. However, a new clip has recently given the all-clear and shows that season 10B starts right there – with a maliciously grinning alpha that is firmly convinced that their plan will work.

Who is the spy

Do you remember? In the first half of the season there was a spy among the residents of Alexandria. As it turned out later, it was Dante, who spread a nasty virus in the city on behalf of Alpha. In the end, however, the mole was left behind and was struck down by Gabriel.

But he's not the only mole. Ironically, Gamma apparently conspired against her leader and provides Alexandria with valuable information about the Whisperers. And then there is Negan: He is now under the thumb of Alpha. Hopefully, in the second half, it will be clarified whether he really switched sides and is fighting the residents of Alexandria again, or whether he is pursuing his very own master plan.

Preparations for war are underway

In the second half of season 10, there will inevitably be a war between Alexandria and the Whispers. All precautions are being taken diligently. Above all, there should be a showdown between Carol and Alpha, for which fans have been waiting for a long time.

You can find more highlights from season 10A in this video: