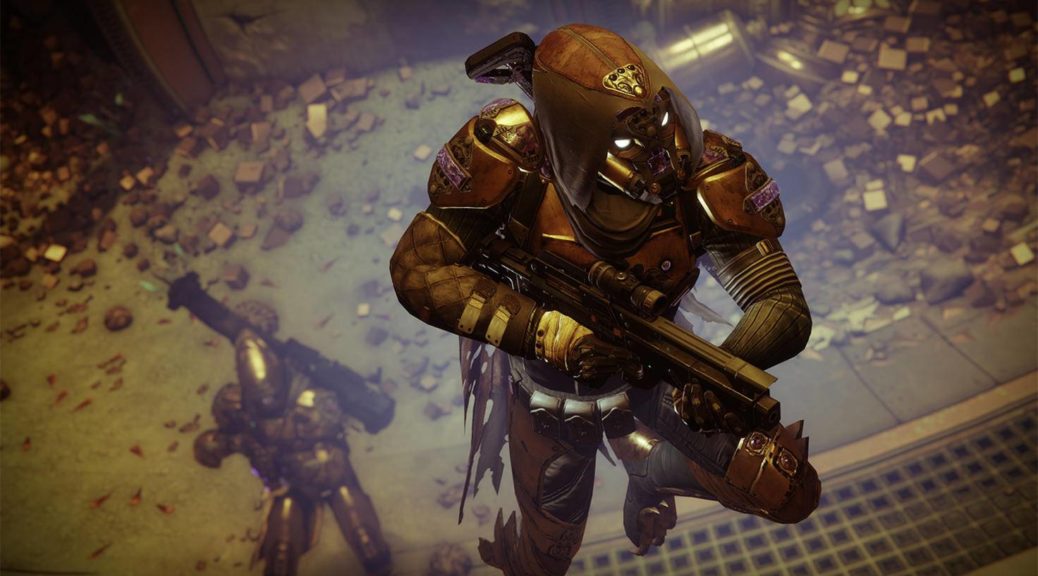 On board the Leviathan, the spaceship of Imperator Calus, six players can play through cool raid mechanics in short format – in the menagerie! We show you how to unlock the activity in "Destiny 2" and which loot awaits you there.

The menagerie has been waiting for you on board the Leviathan for several seasons. The multiplayer activity is not a raid, but feels like this due to its varied phases. What distinguishes it from a raid: You can start it alone, by looking for a player five other team members are put at your side.

In the menagerie, special weapons and armor pieces wave as loot. The "beloved" sniper rifle and the "Imperial decree" shotgun are particularly popular with keepers. In order to play the menagerie, however, you must first complete a quest.

Menagerie degrees are rewarded with fine armor and useful weapons.

To get the quest to unlock the menagerie in Destiny 2, visit Benedict 99-40 in the tower annex. He gives you a quest that leads you to Ikora Rey. Ikora sends you on to Nessus, in the area "Guardian Tomb". A space ship by the Kabal emperor Calus has docked here.

On the ship you will find Calus' lawyer Werner 99-40. He hands you the job "Cracked Chalice". You should repair this.

To repair the chalice, kill ten cabal on Nessus and collect the chalice fragments they leave behind. Then you kill 25 Vex on Nessus with your melee attack – without dying. If you die, your progress will be reset. But don't worry, your melee skills don't have to be charged – you can just strike, that's enough.

Defeating Vex on Nessus is a quest step on the way to the menagerie.

Then you should find so-called imperial coins in the lost sector "conflux". You control the sector in the Nessus area "cistern" and defeat the boss. If you open the depot with your loot, you will receive 1,000 imperial coins. You use this currency to open a runes slot and thereby strengthen the chalice.

Here's how it works: Select the chalice in your orders. This is how you open the overview page. You will see a blinking field above the actual chalice symbol. Click on it and use the emperor coins. This will give you a new raid called "Glorious Harvest".

The first rune slot in the chalice is finished, now only the rune is missing. You get this by completing the "Glorious Harvest" foray. You have to:

For example, you can complete three vanguard strikes in the playlist. With this you tick off the weekly challenge, in addition the activity gives you strong experience points and spheres you should also generate enough here – equip masterpiece weapons and use your super ability.

After you have given up the raid, you should find a certain chest. This is shown on the map of Nessus with a cross. If you have found the crate and opened it, the raid is considered complete. Give it away and you will receive a "rune of joy".

Runes for the chalice

There are a total of twelve different runes in four colors:

Insert the rune into your blinking chalice slot. Then you fly to Werner 99-40 and speak to him. He gives you manageable loot and the next step in the quest: Now you can finally play the menagerie!

You will find the menagerie symbol on the Nessus map in the "Nessus Orbit". Click on it to start the run. If you complete a pass through the menagerie and open the loot chest, you automatically complete a triumph. Redeem it and you will receive Kaisermünzen as a reward.

You use the imperial coins to unlock improvements in your chalice. There are a total of nine improvements that you can "buy" with Kaisermünzen. So you unlock additional rune slots and get the different runes dropped on strike or crucible closures.

You can earn Kaisermünzen by raiding Werner 99-40 or opening boxes on Calus' spaceship in the "Guardian Grave" against 5,000 mica per box.

Loot table for the menagerie

But what is there to get in the menagerie? The following loot table shows you:

If you want to know the German names for armor and weapons, you can select your desired loot on this website . The display even tells you which runes you have to use in which slot.

Note: The top and left runes determine which item you get, the right rune grants an additional property – such as fast fire rates for weapons or increased resistance to elemental damage to armor.