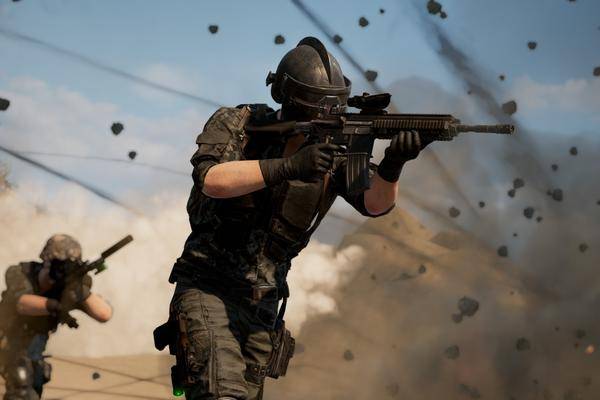 New mode: "Playerunknown's Battlegrounds" gets a little expansion. In the team death match of the arcade mode, you face seven other players against another team of eight. And of course it's about life and death.

"PUBG" is basically a Battle Royale, as it is in the book. However, if you occasionally feel like working in small, powerful teams, you will surely be happy with the latest update. With the arcade mode that "PUBG" brought into play this week, a team death match was added.

A total of 16 players fight against each other in two teams. The principle follows well-known player-versus-player modes: you kill as many opponents as you can. The first team to get 50 kills wins the round. Alternatively, the team that landed the most kills after ten minutes is the winner. Win two rounds and you win the match. As a reward there are Battle Points, so play money.

Overall, "PUBG" offers seven different battlefields with different characteristics of the areas in the team death match. This should stimulate different styles of play with a variety of weapons. However, the battlefields are not on new maps, but on familiar and particularly popular ones:

In their blog post on the new mode, the developers promise that additional maps are planned – after all, excitement and variety should not be neglected. Over time, more spawn kits will be added, so more ways to equip yourself with weapons and protection for the battle. There are currently eight different sets, and in the future there may even be customized kits.