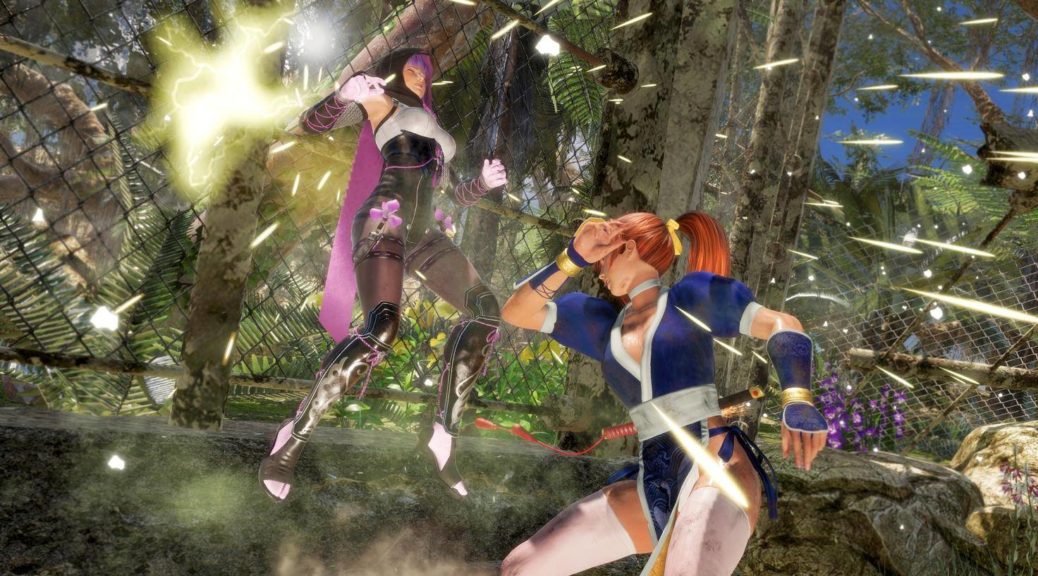 "Dead or Alive", "Ninja Gaiden", "Nioh": The Japanese developer Studio Team Ninja stands for excellent action and fighting games. The work on "Nioh 2" is finished – what's next? Studio boss Yosuke Hayashi speaks in an interview about his plans with well-known game series and new consoles.

In the early 2000s, Team Ninja breathed new life into the NES franchise "Ninja Gaiden". The pioneering reboot on the first Xbox impressed with flawless technology and tough gameplay with depth. Several sequels and spin-offs followed. The series has been idle since the 2014 critic flop "Yaiba: Ninja Gaiden Z".

"Nioh" and the upcoming successor "Nioh 2" feel like spiritual successors to "Ninja Gaiden". Team Ninja boss Yosuke Hayashi agrees: "Nioh" has the same DNA as "Ninja Gaiden" – which is also due to the fact that many core members of his team worked on "Ninja Gaiden". Then it becomes more concrete:

Many members of my team want to make a new "Ninja Gaiden".

Hayashi backs straight away: He doesn't want to decide whether a possible "Ninja Gaiden 4" is actually coming, more "Nioh" or something completely new. However, fans can be sure that the gameplay principles of "Ninja Gaiden" will also be contained in this game – no matter what it will be.

Perhaps the most important game franchise in Team Ninja's catalog is the fighting game series "Dead or Alive", which made its console debut on the Sega Saturn in 1996. Numerous sequels and spin-offs followed. The main series reached the sixth part last year, but the review scores are nowhere near as high as when the "Dead or Alive 2" and "Dead or Alive 3" weddings began in the early 2000s. Time to change course?

10,000 volts: The well-known characters Kasumi (right) and Ayane get caught in the Jurassic Park of "Dead or Alive 6".

In the interview, Hayashi shows that he and his colleagues are also thinking about the series. "Dead or Alive" is very important for the studio. He suggests that there could be a "Dead or Alive 7" in the tried and tested style, but stays very covered here. A "DoA" spin-off in other genres is also possible (trips to "sports games" already existed), possibly a completely new fighting game IP will come.

What does the "Nioh" maker play?

The current generation of consoles is coming to an end this year, with plenty of game highlights. Which song is Yosuke Hayashi's favorite? After a moment's thought, he names two favorite games for PS4 and Nintendo Switch: "God of War" and "The Legend of Zelda: Breath of the Wild".

Yosuke Hayashi says he is a fan of new IPs on new console generations. He showed it with "Nioh": Team Ninja and the parent company Tecmo Koei took the risk of releasing an elaborate action RPG with an unknown name. Of course, fans knew about the excellent reputation of the studio, which is itself a brand.

Hayashi finds it important to use the possibilities of a new console for new game ideas instead of just relying on sequels. He suggests that he wants to do something new on the PS5 or next-gen consoles in general. Maybe something that moves away from the action RPGs and fighting games that his studio stands for? When asked about this, the head of the studio becomes thoughtful: he actually thinks about it often. But one thing is certain: Japanese culture will definitely play a role, regardless of the project. The name of his studio shows that.

Dōmo arigatō, Hayashi-.san! We met the boss of Team Ninja in Berlin.