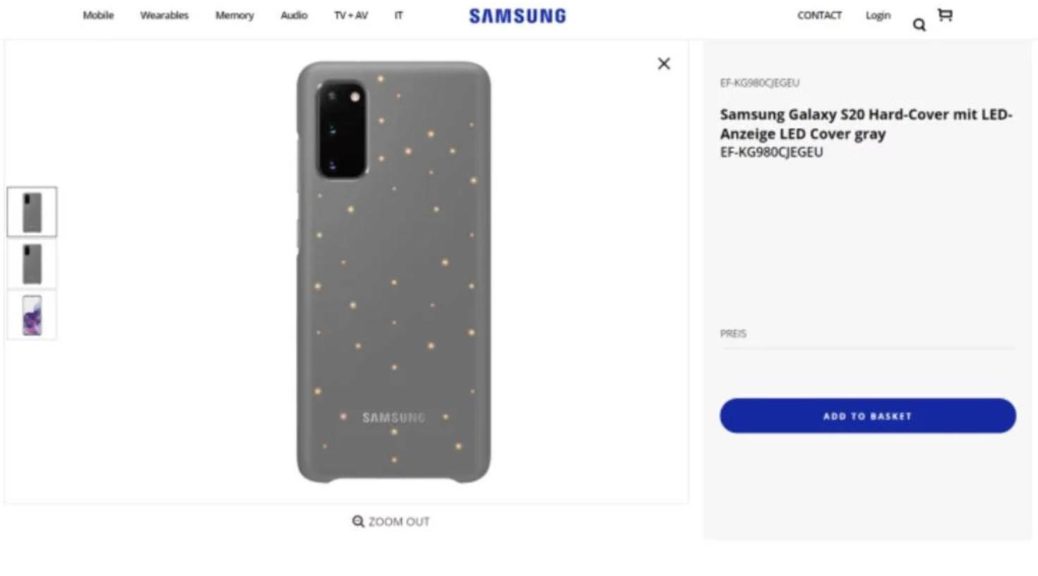 The Galaxy S11 is really called "Galaxy S20". The last doubts that Samsung's next flagship will bear this name should be finally cleared up with the name on official Samsung websites. In addition, accessories for Samsung's Galaxy S20 series were listed there for a short time.

As reported by Mobile Fun (via Sammobile ), the landing pages of the Galaxy S20 series went online for a short time in Germany and Belgium. The names "Galaxy S20" and "Galaxy S20 +" also fell there, but surprisingly not the name "Galaxy S20 Ultra". However, this does not necessarily mean that the luxury variant of Samsung's flagship will have a different name or will only appear in other countries.

There was already a rendered image of the LED cover. Here from behind …

… and once again from the front.

In addition to the names of the smartphones, some official cases for the S20 series of devices were also confirmed on the landing pages. There were no big surprises there, because the same covers were listed that a British dealer had already offered for pre-order in his online shop.