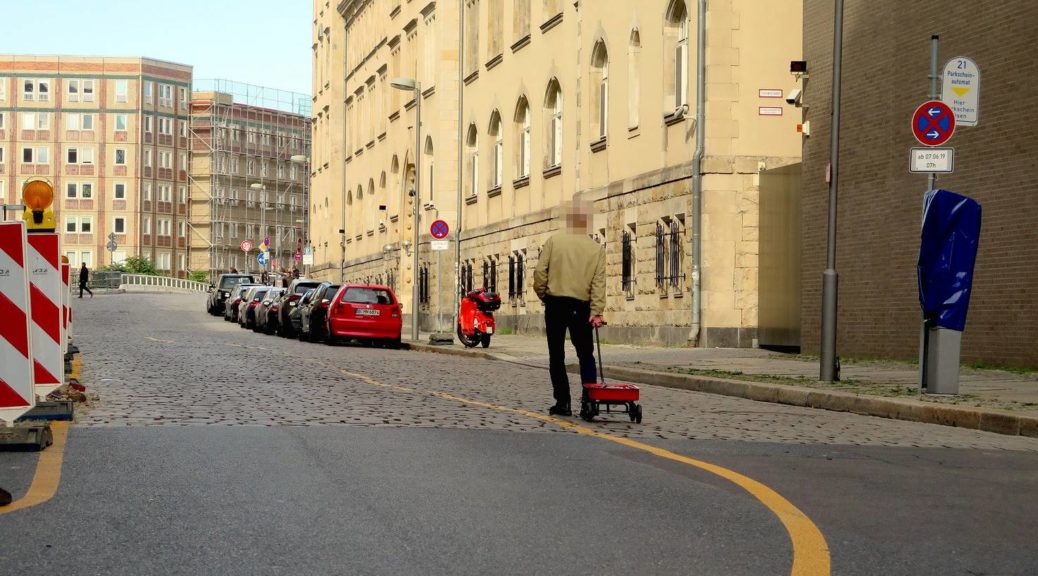 A Berlin artist pulls almost 100 smartphones through the streets with a handcart. Behind it is an art project with which he wants to show the strong influence that Google Maps and Co. have on our interactions with the real world.

Simon Weckert rolls his handcart through the streets of Berlin. It moves 99 smartphones over the road at the same time and thus ensures virtual traffic jam. The previously green, free roads in Google Maps will change to red over time. For nearby drivers, the road appears to be busy on Google Maps, although it is not really.

Google Maps is easy to manipulate

In a video, the artist shows the action and the "Google Maps" map, which is gradually changing. The project illustrates how easy it is to influence the traffic data in the map app. Google Maps does not recognize traffic jams based on traffic cameras, but with location data and motion profiles from smartphone users.

That is, the more cell phones move very slowly in one spot, the greater the likelihood that traffic will jam at this point. In theory, this works relatively well and many drivers rely on this information. As a result, they bypass the red marked streets.

Simon Weckert was traveling in Berlin with a handcart filled with cell phones.

With his project, the artist impressively shows the impact that services such as Google Maps have on society. They can redirect crowds of people to different streets and make us interact differently with the real world. Google Maps is not the only example.

Services such as "Airbnb" and "Carsharing" have an immense influence on city life, the housing market and road traffic, for example. The search for partners has also changed over time. Dating platforms like Tinder ensure a non-binding dating culture. And to come back to Google Maps again: map-based apps like "Deliveroo" or "Foodora" work via interfaces with the map app and thus indirectly determine our shopping experience.