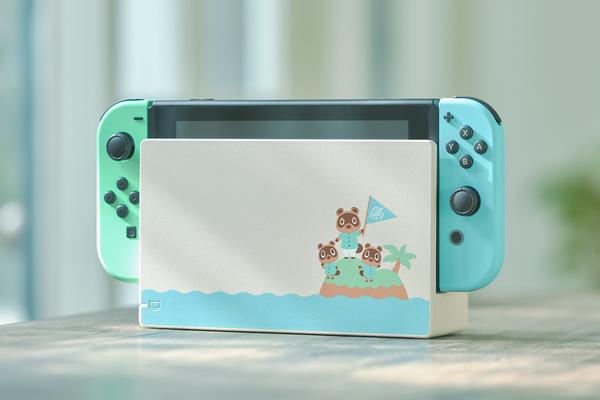 "Animal Crossing: New Horizons" will make switch owners ready for the island in March. Matching the game, Nintendo is publishing a special edition of the Nintendo Switch, which already makes you want to go on holiday with muted colors and cute motifs.

"Animal Crossing: New Horizon" will be released on March 20, at the same time the appropriate switch special edition is coming to the store shelves. Nintendo has introduced the device on Twitter – with an all-round view from all sides.

A switch with a sunny temper

Fans of life simulation with cute animals will find something nice for the eye from every perspective on the console. The Joy-Cons are in soft blue and green, the TV dock comes in light beige with a print of raccoon Tom Nook and his children. The back of the console is adorned with an island landscape – matching the "Holidays on the Island" setting from "New Horizons". The game itself is of course also included and is included in the special edition as a download code.

If you want to take the console with you on a real vacation, you can also get a suitable bag that appears separately on the same day as the console. There will also be a bag in the "Animal Crossing" design for the Switch Lite. However, Nintendo has not announced a special edition of the small switch variant.