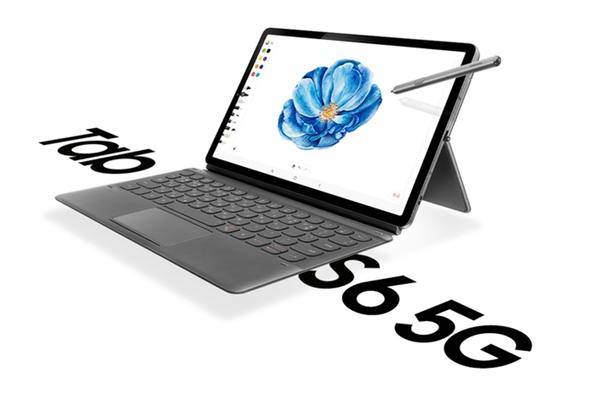 According to the press release from Samsung South Korea (via GSM Arena ), the new Galaxy Tab S6 does not differ from the older brother, which was presented as a 4G and WiFi variant at the end of July 2019, except for the 5G modem. It is the first tablet to be equipped for the new 5G mobile communications standard.

That means: The Tab S6 5G also has a 10.5-inch AMOLED screen with a resolution of 2,560 x 1,600 pixels, the Snapdragon 855 and quad speakers with Dolby Atmos from AKG. The tablet also comes with the S-Pen stylus.

Galaxy Tab S6 5G only appears in one variant

The Galaxy Tab S6 5G appears in Mountain Gray with 128 GB memory and 6 GB RAM initially only in South Korea. No other variants are offered. The price is around 910 euros. For comparison: the RRP for the normal Tab S6 was 749 euros in summer 2019 . It is still unclear whether the Galaxy Tab S6 5G will eventually appear outside of South Korea.