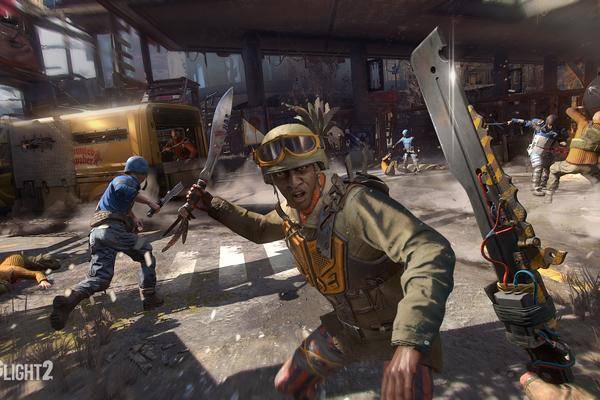 Do you own "Dying Light", no matter which platform? Then we now have good news for you: The developer Techland is giving away the Battle Royale offshoot "Bad Blood"! We tell you what you have to do to access the free game.

To download "Bad Blood", you must first create an account on the Techland site or log in with your existing one. Then you indicate on which platform you have the zombie parcour thriller "Dying Light" at all. Once you have done that, you will receive a steam code for "Bad Blood". Correctly read: You only get the Battle Royale game mode for the PC, even if you have previously played "Dying Light" on the PS4 or Xbox One.

Together against zombies. Or against everyone

In "Dying Light: Bad Blood" 12 players fight for survival in a zombie-infested game environment. The decayed undead are of course a great danger. However, it is also about being the last survivor to complete the match – in the end, everyone will fight everyone anyway sooner or later. "Bad Blood" combines elements of PvE (you against the game) with PvP (you against other players).

And meanwhile we are waiting for part 2

This unexpected gift from "Bad Blood" is probably an attempt to create a good mood among the fans. Techland just announced last week that the much-awaited release of "Dying Light 2" has been postponed indefinitely . The reason: The Polish zombie experts just need a little more to give their new baby the necessary finishing touches.

Let's just pass the time with "Bad Blood". And send nice greetings to Techland: Support for the fact that the first "Dying Light" part came out in 2015 is still surprisingly constant. Many other game manufacturers could cut off a few bloody slices!