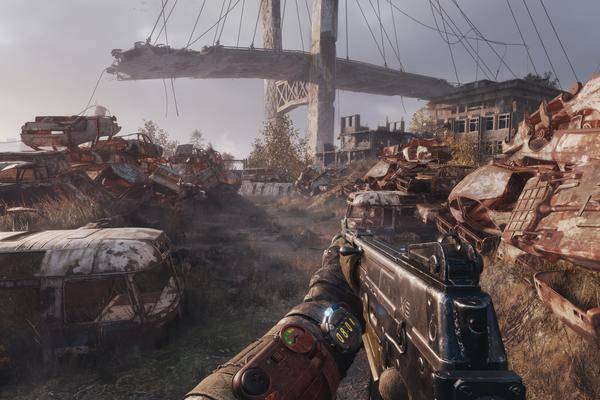 "Metro Exodus" is growing again: The DLC "Sam's Story" tells a new story in the world of the post-apocalyptic first-person shooter – from the perspective of the American Sam.

Anyone who has bought the Expansion Pass for "Metro Exodus" will soon be happy about new single-player content in the Russian wasteland: The second and last story expansion "Sam's Story" will be released on February 11th and lets you explore the adventures of the US Marine Sam experience.

In Artyom's footsteps through Vladivostok

In a press release, publisher Deep Silver explains what players can expect from "Metro Exodus": Sam follows in the footsteps of "Metro Exodus" protagonist Artjom, explores the devastated Vladivostok from the Aurora steam locomotive, looks for his father's signs of life and tries to find a way back to the US.

For the players this means:

In addition to "Sam's Story", the expansion pass to "Metro Exodus" also receives the DLC "The Two Colonels", which was released in August 2019. The expansion is also available individually, this will probably also be the case with "Sam's Story".

Metro Exodus is available for PC, PS4 and Xbox One.