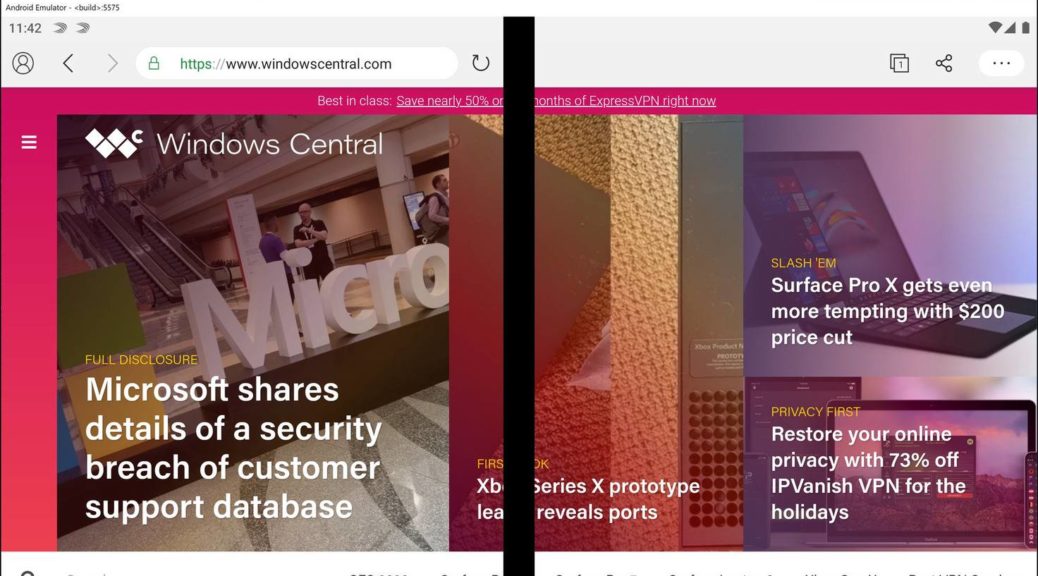 The Surface Duo aka Surface Phone and the Windows tablet Surface Neo use two displays. Microsoft has just released the software development kit (SDK) and explanations for developers. This shows how Microsoft imagines how apps work for two screens. And someone immediately made a video about it.

First, Zac Bowden, the editor-in-chief of Windows Central, made a video about the dual-screen apps of the Surface Duo . It is integrated in a tweet and shows the multitasking advantages of the two displays. Bowden also points out that the new Edge browser and Outlook support two screens. Edge extends websites to the two displays, while Outlook shows the new e-mails on the left and the open e-mail on the right.

Jonas Daehnert alias "PhoneDesigner" then ran Zac Bowden's video on a concept image of the Surface Duo. This gives interested parties a good impression of what Android apps could look like on the dual-screen device.

Apps for Windows 10X on the Surface Neo work similarly. You can use one screen, use the two displays as windows with different contents, or extend over both screens. Applications should not only work horizontally, but also when the user holds the Windows tablet upright.

Microsoft's documentation for developers (via Notebookcheck ) contains various possible uses for the second screen. For example, it could serve as a controller for a game or display the timeline of a video editing program. In any case, apps for Surface Neo and Duo should support different input methods, in addition to the Bluetooth keyboard, the on-screen keyboard and the stylus Surface Pen.

The new Edge browser can display websites on the two screens of Surface Edge and Neo.