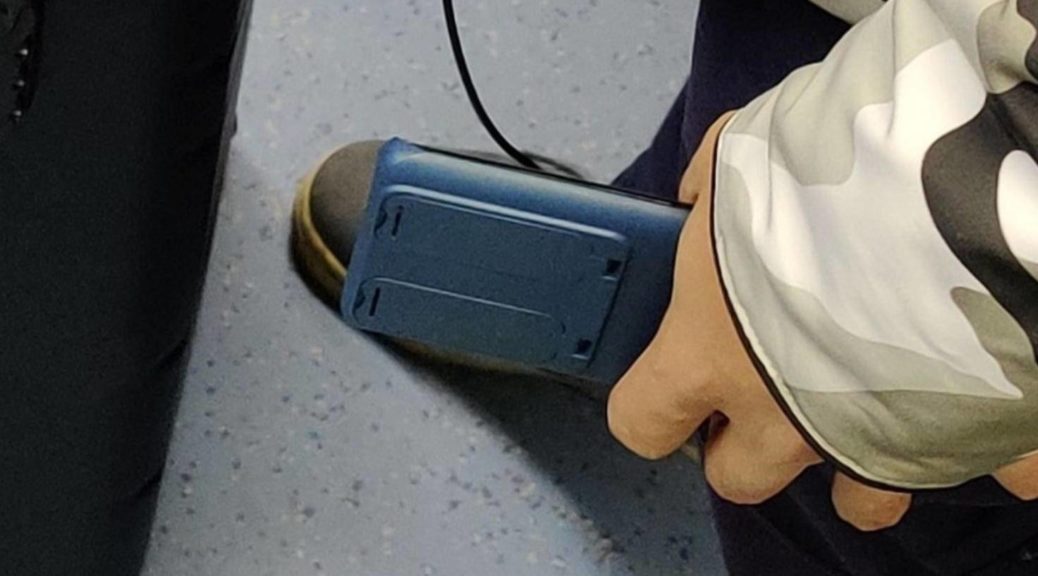 The Huawei P40 will not be officially launched until the end of March, but the first Huawei employees have apparently already been equipped with test devices – and thus promptly photographed in the subway.

The two photos were first published by Digital Chat on Weibo (via GSM Arena ), which is known on Chinese social media as a tech leaker. The pictures were deleted shortly thereafter, but the internet never forgets. But be careful: Of course, it is not certain whether it is actually the Huawei P40.

The first photo (see above) shows the front of the supposed Huawei P40. The dual selfie camera directly on the display is particularly striking here. Large parts of the housing design of the smartphone are unfortunately covered by a case, only on the side you can guess the curved display edges. The top and bottom of the Huawei P40 are said to be curved.

As you can see, unfortunately you don't see any of the cameras.

The second photo shows the back of the smartphone case, which unfortunately completely hides the camera. How many lenses are on the back of this alleged P40 cannot be seen. If you want to take a better look at the back of the phone, you only have the latest render photos .

The Huawei P40 series is expected to be launched in Paris in late March . There is no information about a Germany release yet.