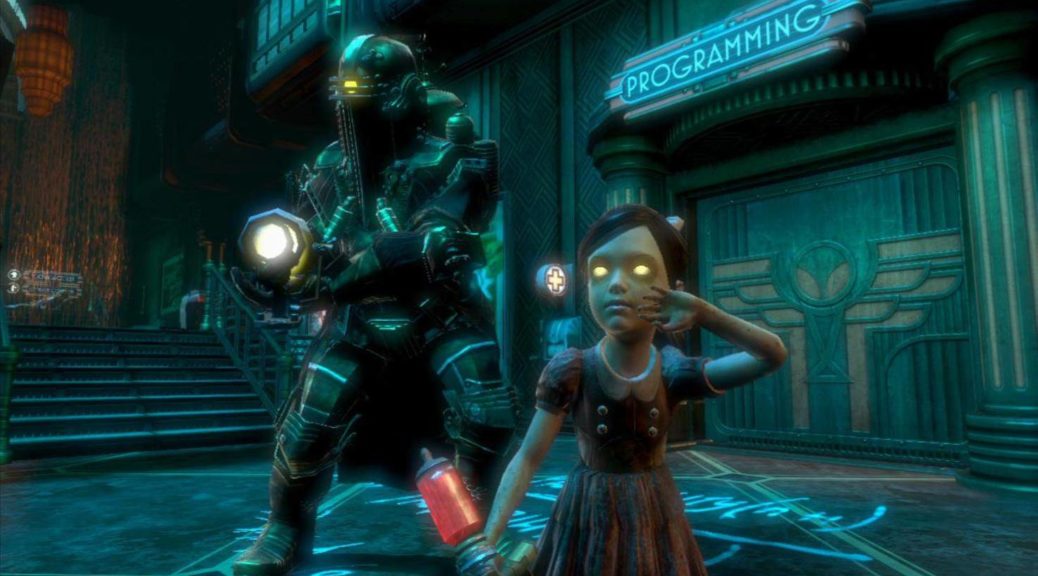 At the end of 2018, 2K Games made it official: "BioShock 4" is under development. According to some leaks, the fourth part of the first person shooter should have been tinkered with for quite a while before the announcement. We have put together all the information and rumors known so far for you.

As 2K Games announced in December 2018, the newly founded Studio Cloud Chamber will take care of the development of "BioShock 4". The studio is managed by Kelley Gilmore, who has worked on over 40 games and was responsible for the "XCOM" and "Sid Meier's Civilization" series at 2K Games. Gilmore is supported by some developer veterans who have also worked on previous "BioShock" titles.

Ken Levine, the show's creator, doesn't seem to be involved in the development. His studio Irrational Games was restructured in 2014 and has been working on another game under the new name Ghost Story Games since 2017.

So far nothing is known about the state of development itself. "BioShock 4" will probably use the Unreal Engine or a modified version of it, as was the case with its predecessors.

When does "BioShock 4" appear?

When "BioShock 4" appears is still in the stars.

The official 2K Games press release states that Cloud Chamber has begun work on the next title in the globally acclaimed "BioShock" franchise and will take several years to complete. Rumor has it that the developers were working on a secret project called "Parkside" before 2018. It should be "BioShock 4".

At that time, an unknown studio is said to have dealt with "Parkside". As Kotaku reported in April 2018, some employees of Hangar 13, the makers of "Mafia 3", are said to have been recruited for this. This information, if it is correct, raises questions: Can Cloud Chamber already build on work on "BioShock 4" or do they develop the game from scratch? Are there even developers who worked on "Parkside" in the current development team?

Well-known industry analyst Michael Pachter believes that "BioShock 4" will be released in 2020 . He is often wrong with his assessments, but at least he correctly predicted the Battle Royale mode in "Call of Duty: Black Ops 4". It remains to be seen whether the "Bioshock 4" release will also apply in 2020. We think a release in 2021 or later is more likely as the next-gen consoles will be on the market by then.

For which platforms does "BioShock 4" appear?

"BioShock 4" will almost certainly be released for Xbox Series X and PS5.

The previous "BioShock" titles appeared both for PC and for the then current consoles from Sony and Microsoft, ie PS3 and Xbox 360. The fact that "BioShock 4" appears again for the PC is as good as set in stone and there development will take some time, a release on PS5 and Xbox Series X is also a pretty safe thing.

However, the question is whether the title will also appear on PS4 and Xbox One. That probably depends on what time "BioShock 4" will be released after the release of the PS5 and Xbox Series X. Directly to the generation change, some developers often release their games for the old and the new generation of consoles. For example, it was the case with "GTA 5".

Since the previous "BioShock" titles have not yet been released for Nintendo consoles, a release for the Switch is practically impossible – also due to the hardware restrictions. Nintendo is said to be working on a new switch , which could be a pro version of the console with stronger hardware. A "BioShock 4" release on this console is also unlikely, but not excluded.

What is "BioShock 4" about?

The fourth part will probably not build on the story of "BioShock Infinite".

Predicting the action and setting of "BioShock 4" is tricky. At the moment, too little is known about the new part of the series. However, some scenarios are highly unlikely.

So we don't believe that "BioShock 4" will be a direct sequel to the predecessor "BioShock Infinite". The DLC "Burial at the Sea" has completed the story of the third part and offers little starting point for a new story. Is it going back to the underwater city of Rapture? That would be conceivable, but the failed utopia has already been dealt with in "BioShock" and "BioShock 2". We therefore consider this option to be unlikely.

We tend to think of a fresh new world, in which the focus is again on a city in a special place. And since the underwater setting and the flying city are already finished, "BioShock 4" may be a space settlement or a city deep underground. We think it is very likely that the game will again address socio-critical issues in some way.

We wish for "BioShock 4"

It will take a long time before "BioShock 4" appears. However, we have already thought about which features we would particularly like to see in the game. Here is a small list:

The plasmids and powers that give you supernatural abilities in "BioShock" titles are among the most fun and cool features in the series. In "BioShock Infinite" the powers could even be combined and you could create spectacular effects. Hopefully there is a similar system in "BioShock 4".

In the first two parts there are the Big Daddys and in the third part the Songbird – mysterious giants in thick metal armor are simply part of the "BioShock" series. In previous titles there was always a tragic story behind these beings. In the fourth part, we wouldn't find a new creature in the same style as bad.

Long support for the game

"BioShock" games quickly captivate players with their unique setting. Unfortunately, they are always over too quickly. Therefore we would like long-term support for "BioShock 4" even after the release. Not necessarily to the extent of a service game, but two or three DLCs may already be in there.

We would generally like to see a co-op mode for two players more often in games. The "BioShock" series is particularly suitable for this due to its settings. Would be really awesome if you could have played a Big Daddy and a Little Sister in co-op in the first parts. Maybe the developers at Cloud Chamber can think of a way to meaningfully integrate a co-op mode into the game.