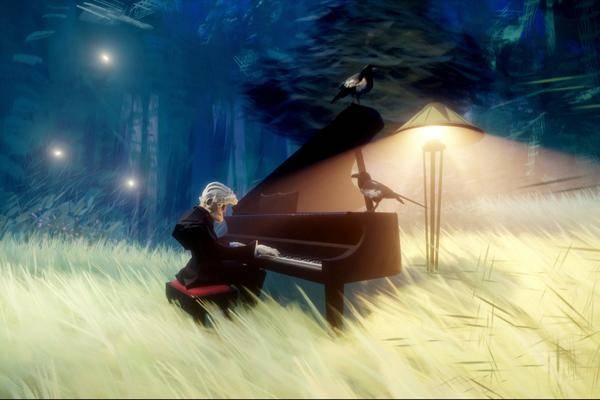 "Dreams" lets creative minds design and play their own games on the PS4. The mix of game and developer kit will be released in February and I am already looking forward to the creations of a passionate community – to which I will never belong.

Games with room for creative expression have a strange attraction for me. Whether completely crude levels in "Mario Maker" , huge buildings in "Minecraft" , "Skyrim" mods or self-composed space music in "No Man's Sky" : I often and am amazed at the large-scale digital projects, the players taking a lot of time ready to bring.

A game engine game for the PS4? Brilliant!

No wonder that I'm looking forward to "Dreams", which is actually more game engine than game. In – let's call it a "program" – PS4 creatives from Sony studio Media Molecules should really let off steam. They have been doing this since early access: with replicas of well-known classics, with clever new game ideas or with oddities like a hyper-realistic English breakfast.

I can watch dozens of these "Made in Dreams" videos and I'm happy that in 2020 a console and a controller will be enough to create digital worlds of impressive brilliance. However, that is not entirely true. Creativity, skill and a lot of time are also needed for this – and that is a very good entry hurdle.

Of course I have put a few blocks on top of each other in "Minecraft" and acted like it was a house. Basically, I drive creative games with the old museum rule "just look, don't touch" but very well. Finally, a careful look at YouTube is enough to put a heavy damper on the creative spirit: While I am proud of my crooked hut, some genius has spent months working on the replica of my hometown, including precisely modeled letterboxes and realistic traffic lights.

I lack the patience, the ideas and the staying power for such projects. That's perfectly okay: we live in the age of streaming and on-demand video. "Dreams" is stored there so perfectly that I am looking forward to the release without ever thinking about buying it.

May the community let down true brainstorms! I keep my hands off the editor and calmly watch the whole thing in "Made in Dreams" video playlists. Perhaps, quite possibly, I will download a particularly successful creation to play with myself.