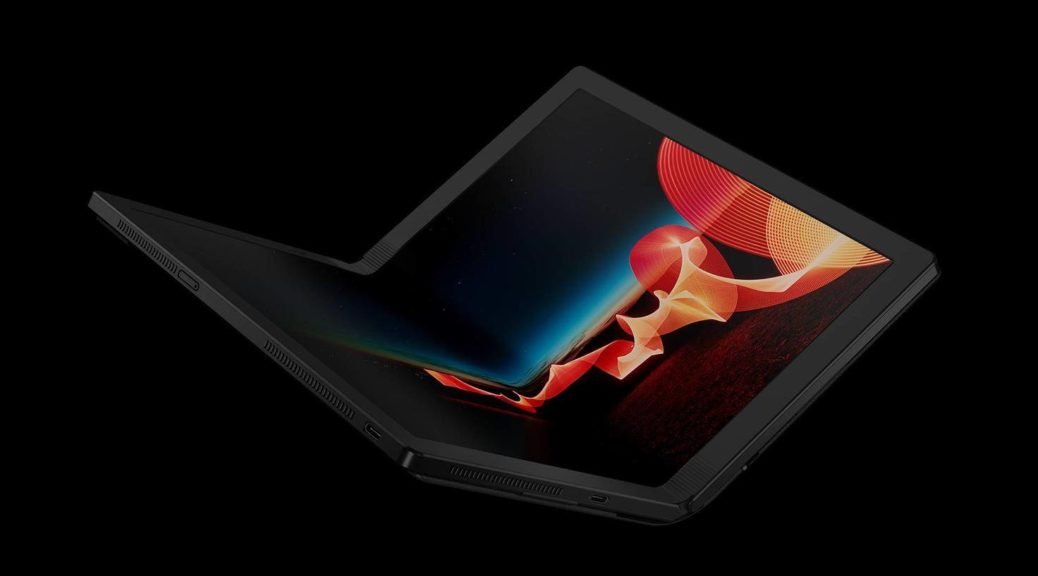 On the occasion of CES 2020, the technology manufacturers again presented numerous new and partly innovative products. Our highlights included a foldable laptop, a gaming notebook in Nintendo Switch format and a high-end DSLR. We were most impressed by these ten CES products.

The Windows computer ThinkPad X1 Fold offers a foldable display in the middle.

The Lenovo ThinkPad X1 Fold is the first Windows tablet with a foldable display. The manufacturer had already shown a prototype in May 2019, but at CES 2020 there was a more mature model to see, as well as information on technology, price and release date.

When folded out, the ThinkPad X1 Fold can be used like an all-in-one, then the Bluetooth mouse and keyboard are used. It can also be opened halfway and used with a display or Bluetooth keyboard. So it is equipped for a wide variety of applications. Intel's upcoming Lakefield chip for ultra-mobile devices serves as the processor.

The Lenovo ThinkBook Plus is available from 1,300 euros.

Lenovo also has an innovation that is even affordable: the ThinkBook Plus. It is a 13.3-inch laptop with an additional 10.8-inch e-ink display on the lid. On this you can read e-books and make notes and drawings with a pen or your finger. The e-ink display known from e-readers like the Kindle hardly needs any power and can be used in the sunlight without grumbling.

The ThinkBook Plus is expected to be available from May at 1,300 euros.

3. Dell Alienware UFO: is it a bird, is it an airplane, is it a Nintendo Switch?

Technically speaking, the Alienware UFO is a laptop.

The Dell Alienware UFO doesn't look like a flying saucer at all – it looks like the Nintendo Switch. And like this, the "UFO" is a handheld for gaming on the go. Only that the Alienware device runs with Windows and brings notebook technology inside. However, there is no graphics card, so the games must run on the internal graphics of the processor.

It is still unclear whether the UFO will make it to the trade.

The OnePlus Concept One has a layer of electrochromatic glass on the back. This takes on a black color at the push of a button and becomes opaque – so the cell phone can hide its cameras. This is not only useful for James Bond on a surveillance mission, but the "sunglasses" for the cameras also serve as an ND filter. This keeps excessively bright light away from the lenses and thus allows a longer exposure time, for example to create a flowing effect for a waterfall.

Unfortunately, the Concept One will not come onto the market. Maybe another manufacturer will take the idea.

The Razer Tomahawk is an extremely compact gaming PC.

The case of the gaming PC Razer Tomahawk has a volume of just 10 liters. The computer looks like the housing for an external graphics card, but thanks to Intel NUC 9, the mainboard is replaced by a PC on a single chip. The powerful notebook processor Intel Core i9-9980H, up to 64 GB of laptop memory and the desktop graphics card Nvidia GeForce RTX 2080 can be accommodated great inside. RAM and M.2 SSD are expandable and the graphics card can be replaced, but the processor is soldered.

The entry-level model should cost $ 2,300, as Notebookcheck writes. It will be launched in the United States in June.

The Canon EOS-1D X Mark III shows that DSLRs are far from dead. The manufacturer has equipped the full-frame SLR camera with a new 20.1 megapixel sensor and added a low-pass filter. The ISO range is doubled compared to its predecessor to ISO 102.400 and you can take 16 photos per second. On top of that, there is an AI-supported 191 autofocus system, 5.5K videos with 12 bits, WiFi, Bluetooth, GPS and everything.

The price: 7,300 euros for the housing. The camera appears in mid-February.

At CES 2020, AMD presented seven new laptop processors from the fresh Ryzen 4000 series. A highlight is the Ryzen 7 4800U, which has eight lavish cores and 16 threads – with a power consumption of a modest 15 watts TDP. So even Ultrabooks can be equipped with decent computing power, as Notebookcheck writes. Meanwhile, the Ryzen 4800H challenges the fastest Intel chips. The fresh AMD processors are likely to stir up the laptop market and depress prices.

The HP Envy 32 is an all-in-one PC that connects a desktop computer to a monitor. The special feature: It is optionally available with an Nvidia GeForce RTX 2080, one of the strongest graphics cards on the market. All-in-ones are usually more likely to save on graphics performance. The processor Intel Core i7-9700 is also one of the quickest examples.

Another highlight is the 31.5-inch 4K display with HDR600 certification and 98 percent coverage of the DCI-P3 color space, which is relevant for films. Thanks to factory calibration, professionals who edit videos and photos are particularly looking forward to the powerful all-in-one. Due to the soundbar under the display, the movie and games enjoyment should also convince.

In the U.S., the calculator starts at $ 1,600 before tax. There is no information about the Germany release yet.

The ROG Swift 360Hz is the first monitor with 360 Hertz so far. The previous record was 240 Hertz or 300 Hertz for laptops. The appropriate refresh rates of 360 FPS create the strongest graphics cards, paired with the fastest processors, for older and less demanding games.

The 24.5-inch monitor has a resolution of 1,920 x 1,080 pixels, and nothing more is possible with such refresh rates. The high Hertz number promises a smoother feel and a sharper representation of movements. Tests will have to show what the practical gameplay advantages are. Competitive players can be excited.

There is no information about the price and release date of the monitor.

The Lenovo ThinkVision Creator Extreme is a professional monitor for design and video editing. The special feature: It relies on the new mini-LED technology – not to be confused with the even more advanced but much more expensive micro-LED technology . With the ThinkVision Creator Extreme, numerous small LED lamps serve as backlighting, making a total of 1,152 lighting zones possible. This promises a very accurate HDR display with high contrast, whereby DisplayHDR 1000 is appropriately supported. The monitor covers 99 percent of the DCI-P3 color space, which is important for films.

However, all the beautiful technology has its price: The monitor is to be offered in the second quarter of 2020 for around 3,100 euros. The Acer ConceptD CM7321, which also uses mini LEDs, costs about as much.