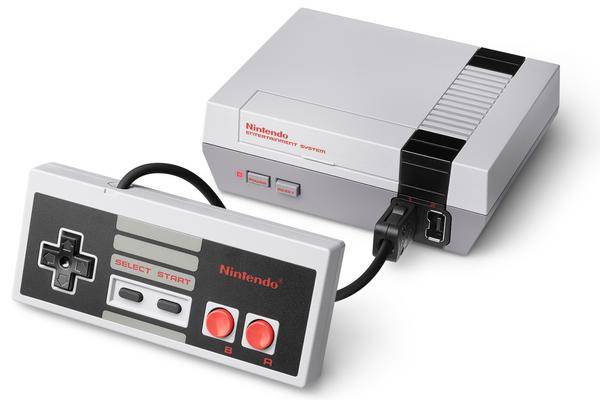 Retro is in! Manufacturers such as Nintendo, Sega, Sony and Atari have been celebrating great success with mini-consoles that bring popular games to modern screens for several years. In this list we give an overview of the most important retro classic consoles.

With the NES Classic Mini, Nintendo hit a nerve: the win version of the Nintendo Entertainment System sold so well for the 2016 release that the manufacturer could not keep up with the production. The console thus proved to Nintendo and many other manufacturers that there is a demand for retro gaming in a straightforward, authentic format. Of course, this is also due to the unbeatable game selection, in which hit after hit follows.

After the great success of the NES Classic Mini, a shrunk Super Nintendo console was only a matter of time. The SNES Classic Mini is just that, but it even has an extra for fans: The previously unpublished game "Star Fox 2" is part of the line-up of pre-installed games.

Sony also released a retro console in 2018. The mini version of the first PlayStation was released on time for the original's 24th birthday. In technology tests, the device unfortunately causes little enthusiasm: the emulation of the games is not the highest quality, for example, criticized Digital Foundry. If you want to experience old Sony classics anew, you will still like the device.

Game fans have had good memories of the Commodore 64 from the very beginning. The C64 Mini brings back the best-selling home computer in small format – just under half the size of the original and with the classic joystick. A small drop of bitterness: the brown buttons are just decoration. However, a modern keyboard can be connected via USB – that was not possible in the eighties.

Not only console manufacturers like retro hardware. With the Capcom Home Arcade, publisher Capcom has launched a classic collection that is housed in a particularly curious housing: the company logo. Supplemented by two joysticks and high-quality arcade buttons, the robust part is ideal for the hobby basement – or to measure yourself on the sofa in "Street Fighter II".

If you say "retro gaming", you have to say "Atari" at some point. The mini console with the somewhat bulky name "Atari Flashback 8 Gold Deluxe" is a small replica of the Atari 2600, which unfortunately is not too high in terms of hardware. The inner life is just right for this, as it offers plenty of fun to play in the very old school.

Another box console is too boring for you? Then the SNK Neo Geo Mini will completely convince you from the outside: the design is reminiscent of a slot machine, all pre-installed games can be played on the integrated screen. If you prefer large format, you can also throw the picture on the TV via HDMI cable.

Segas Mega Drive was once the big competitor to Nintendo's SNES. Fans still have the black crate with the croissant controllers, and they are happy about the mini edition. The concept remains true to the popular retro principle: console shrunk, controller true to the original, runs.