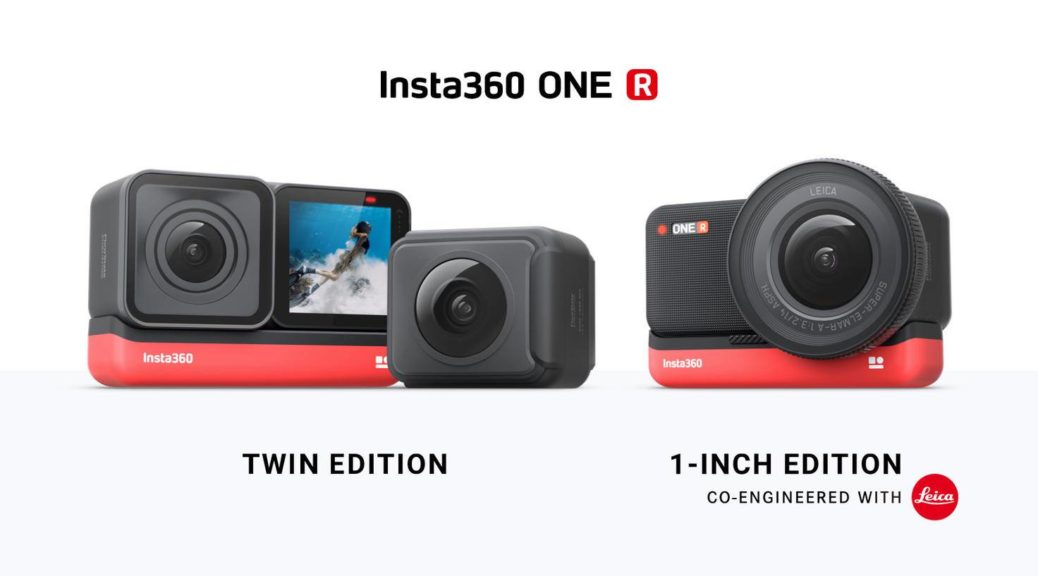 With the Insta360 One R, the Chinese 360-degree specialists are launching their first modular action cam. Insta360 got support from Leica for the development.

The action cam primus GoPro is increasingly getting competition from the Far East. After DJI has already spread to the camera segment in recent years, Insta360 is now following suit. After the Insta360 Go, the company also presented the Insta360 One R at CES in Las Vegas – probably the smallest modular camera in the world.

A GoPro as a modular camera

The Insta360 One R is hardly larger than a standard GoPro, but is completely modular. The camera usually consists of three segments: a battery, which forms the basis of the camera, a monitor element with a trigger and a lens. For the launch, the manufacturer wants to offer two different lenses for 4K wide-angle and 360-degree shots, which can be exchanged at any time.

Further modules are to come

After the release, further modules should be available. For example, a module with a 1-inch sensor developed by Leica has already been announced. This is said to offer an unprecedented level of image quality for action cams. There is also the option of attaching a microphone module to the camera. Even the battery can be exchanged for a larger model with double runtime on request.

Among other things, Leica offers a 1-inch sensor module.

The Insta360 One R has the "Flowstate 2.0" electronic stabilization developed by the manufacturer, auto framing and tracking, voice control and a software feature for calculating selfie sticks, as is already known from other Insta360 cameras.

Different versions to get you started

The Insta360 One R is available in different versions: