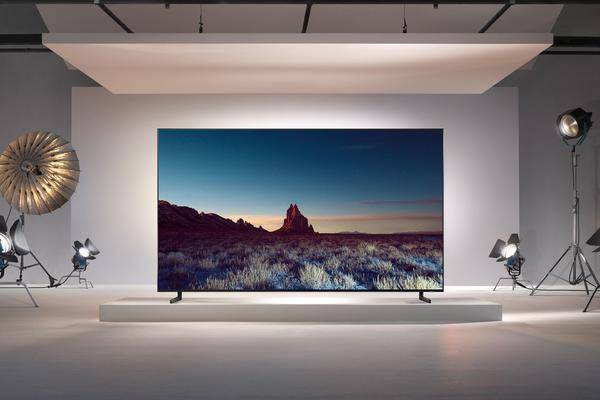 Will Samsung become the first manufacturer to bring a television to the market completely without a bezel? Such a device is said to be shown for the first time at CES 2020.

2020 could be the year we see the world's first truly borderless television. If you believe a recent report by The Elec from Korea , a corresponding device should already be presented at the Consumer Electronics Show (CES) in January. Kim Hyun-seok, head of Samsung's consumer electronics division, is said to have given his "Ok" for the device.

It only becomes borderless from 65 inches

Unlike current premium TVs, the Samsung device should actually have no border around the screen. This is apparently achieved by the display and housing merging directly into one another. The report continues to assume that the completely borderless television will only be available in sizes from 65 inches. That would at least suggest that the manufacturer classifies the devices as premium TVs.

It is also interesting in this context that Samsung only secured the naming rights for "Zero Bezel" in Europe a few months ago, according to SamMobile . A product launch could therefore be imminent. In fact, the sources assume that mass production of the completely borderless television could start as early as February 2020.