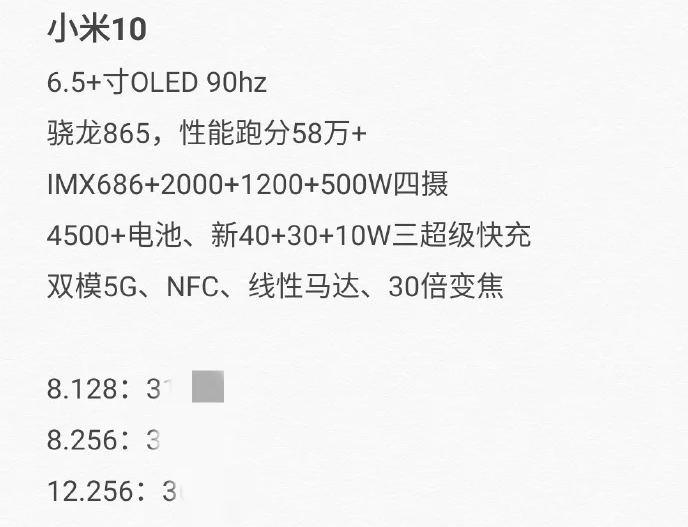 The end of this 2019 is just around the corner and with that, as soon as we enter 2020 we will begin to see what the next generation of the flagship Xiaomi will be. We talked about the Xiaomi Mi 10 and most likely the Xiaomi Mi 10 Pro , two high-end smartphones that have now been filtered on the Internet showing us its full features, as well as its possible price.

In the last year Xiaomi has evolved greatly, not only in terms of design and performance, but also in a slight increase in the price of its devices that in most cases is given by better components or technological advances .

The same seems to happen with the Xiaomi Mi 10 and Mi 10 Pro, where in addition to seeing a great technological evolution, they will probably become smartphones and as this new filtration shows us, they will overcome the 500 euros barrier .

It has been the user Technology B of Weibo, who generating a stir in the Chinese social network publishing the image that we can see under these lines in relation to the characteristics and possible price that the Xiaomi Mi 10 will have .

Possible features and prices of the Xiaomi Mi 10.

As we can see, beyond its Snapdragon 865 processor that almost all of us intuited, the new Xiaomi Mi 10 would be formed by a 6.5-inch OLED screen with a refresh rate of 90Hz .

In addition, at its rear we would find a quad camera consisting of a 64MP SONY IMX686 main sensor , a 20MP wide angle, a 12MP telephoto lens and a 5MP macro camera. Likewise, the Xiaomi MI 10 would have a digital zoom of up to 30x .

Do not miss this and other news about the Xiaomi Mi 10 and Mi 10 Pro in our Telegram group: @ t.me / xiaomi10esp

Of rest we would be before a device with a large battery of 4,500mAh incorporating fast charge of 40W, wireless charging of 30W and like the Mi 9 Pro 5G, reverse charging of 10W . 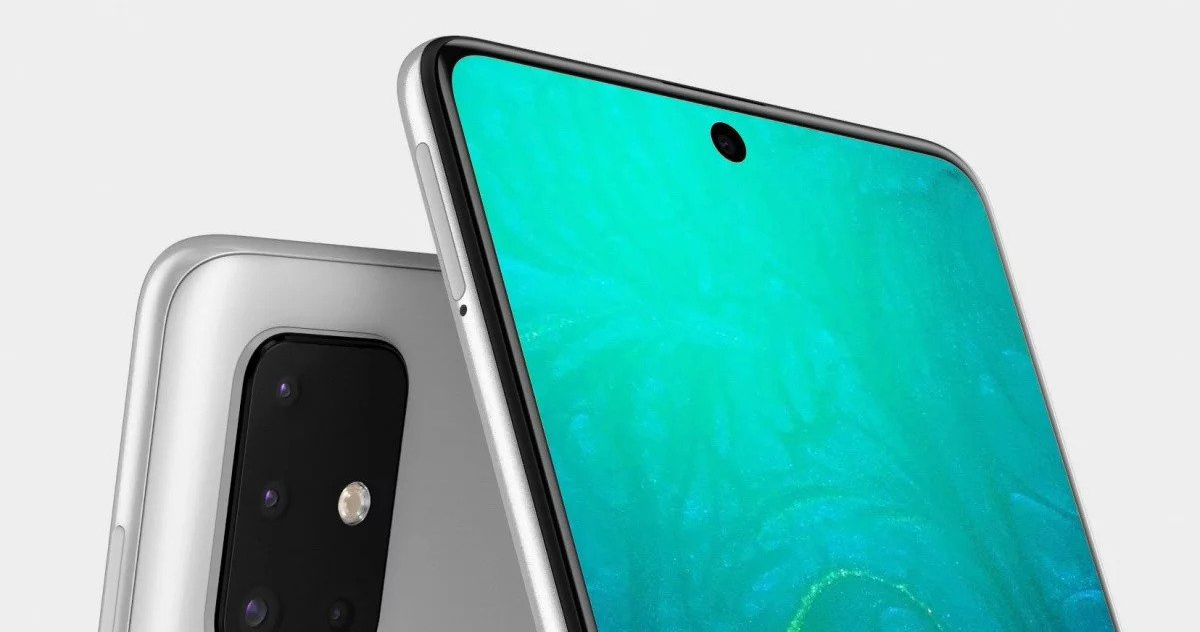 The new Xiaomi Mi 10 and Mi 10 Pro could have a design very similar to the next Samsung Galaxy S11.

For its part, the Xiaomi Mi 10 Pro would improve compared to the standard version mainly in terms of battery and camera. And, as this first filtration shows us, its 4,500mAh battery would have a fast charge of no less than 66W (enough to charge in 35 minutes) and a 40W wireless charge. 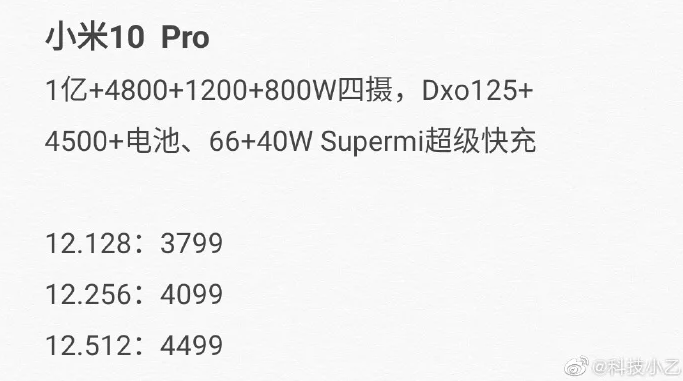 Possible features and prices of the Xiaomi Mi 10 Pro.

In addition, at its rear we would find a quadruple camera formed by a 108MP main sensor , a 48MP wide angle, a 12MP telephoto lens and an 8MP macro camera. A great leap that probably places this Xiaomi Mi 10 Pro at the height of Xiaomi Mi Note 10 , also positioning itself among the best rated smartphones from DxOMark.

Undoubtedly quite striking features that would almost certainly place the Xiaomi Mi 10 and Mi 10 Pro among the TOP 5 of high-end smartphones next 2020. Still, we have to take into account that it is a leak without any type of official support , so these first characteristics should be taken with tweezers until it is the company itself that confirms them.