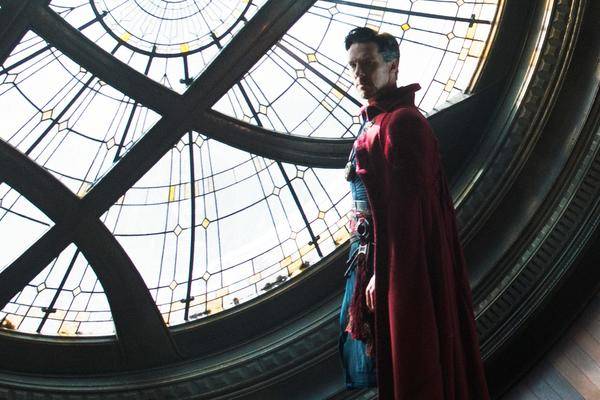 Since San Diego Comic-Con 2019 it is clear: "Doctor Strange 2" is coming – and not alone! Elizabeth Olsen's Scarlet Witch will also appear in the upcoming Marvel sequel. So far, so well known. However, Marvel Studios President Kevin Feige now chatted that the film will also introduce some surprising new additions to the Marvel Cinematic Universe (MCU)!

As a guest speaker at the New York Film Academy, Kevin Feige raved about "Doctor Strange 2" (via Collider ). The official title "Doctor Strange in the Multiverse of Madness" is the "best movie title we have ever thought of". But that's not all.

"You will never guess who it is!"

"The next 'Doctor Strange' part will include some new MCU characters who will make their debut in this film. You will not count on it or guess who it is," Feige said mysteriously. "But we found a cool way that it works because we want to do a certain kind of film. There is this one character that we always wanted to do something with, and it will fit very well into the sequel."

The MCU mastermind could not be coaxed from who it was. Doctor Voodoo? Clea? Blade? We can only guess.

"Doctor Strange 2" with a dark coat of paint

In addition, Feige confirmed again that "Doctor Strange in the Multiverse of Madness" would contain horror elements – although the film itself could not be considered a horror film. "Doctor Strange 2" is just "a big MCU movie with scary sequences in it," said the Chairman of Marvel Studios.

Conveniently, director Scott Derrickson , who will also be responsible for the sequel after "Doctor Strange" , has plenty of horror expertise: He has already staged shockers like "Sinister" and "The Exorcism of Emily Rose".

"Doctor Strange in the Multiverse of Madness" will hit cinemas on May 7, 2021. It is not yet known when the film will start in Germany.