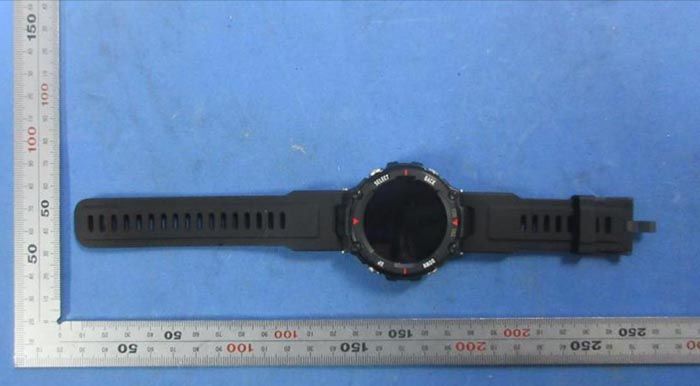 During yesterday, Huami announced the name that would take its next product that will be presented this January 1 as prior to CES 2020. We talked about the Amazfit T-Rex , a device that until now we did not really know what it was It was but now according to his first filtered images it would be a robust smartwatch.

In the last year Huami has reaped a great growth and welcome thanks to its line of products under the name Amazfit. A wide range of possibilities that have become known beyond the Chinese borders especially for their latest Amazfit GTS and Amazfit GTR .

Just a few days after it is officially presented, what a priori would be the Amazfit T-Rex , a smartwatch of robust construction, manufactured and destined to withstand virtually any situation, no matter how extreme you were, have been leaked online.

As we can see in the images, these show us a smart watch with a design very similar to the Casio G-Shock classics . With this and for the first time, Huami would land on the smartwatch market "all terrain", with a watch that above all seems to withstand blows and extreme situations such as rain, mud or any other unforeseen that we could find in the field or in a hard mountain hike

In addition, according to these first images, the Amazfit T-Rex would be a watch destined directly to the European market, including other features such as Bluetooth 5.0 BLE , a 390mAh battery and a 5ATM type resistor . An entire smartwatch man who, as we said, would make his way between mountain lovers and extreme situations.