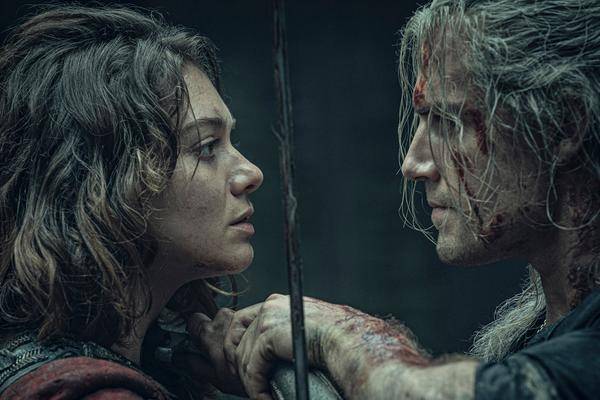 One of the highlights of the "The Witcher" series on Netflix is the battle sequences. They are impressively staged and choreographed. Anyone who thinks that leading actor Henry Cavill needed a stunt double is wrong: he shot everything himself.

This reveals a tweet from "The Witcher" director Marc Jobst: "Henry Cavill's skills with the sword are technically so brilliant that we were able to shoot the first fight scene in one piece," enthuses the director.

Stunt coordinators Wolfgang Stegemann and Wade Eastwood did a great job and developed impressive fight choreographies. With Henry Cavill they also had a talented student. The English actor, also known from "Mission: Impossible" , implemented the fight combinations perfectly. Cavill didn't need a double, did everything himself.

For the slow motion scenes in "The Witcher", the stunt professionals shot at 96 fps (frames per second). This means that the above scene is ideal for television, even at a slowdown of almost four times. Movies and series usually run at 25 fps.

Avoid too many and too quick cuts

The well-known US pop culture journalist Ben Kuchera also praises the fight choreographies of the "Witcher" Netflix series. The sword fight between Witcher Geralt von Riva and robber Renfri at the end of the first episode is impressively organic. For Kuchera, it is above all the coherent settings that leave the viewer satisfied. "It looks like real people are fighting – without fast cutting sequences or a shaky camera work."