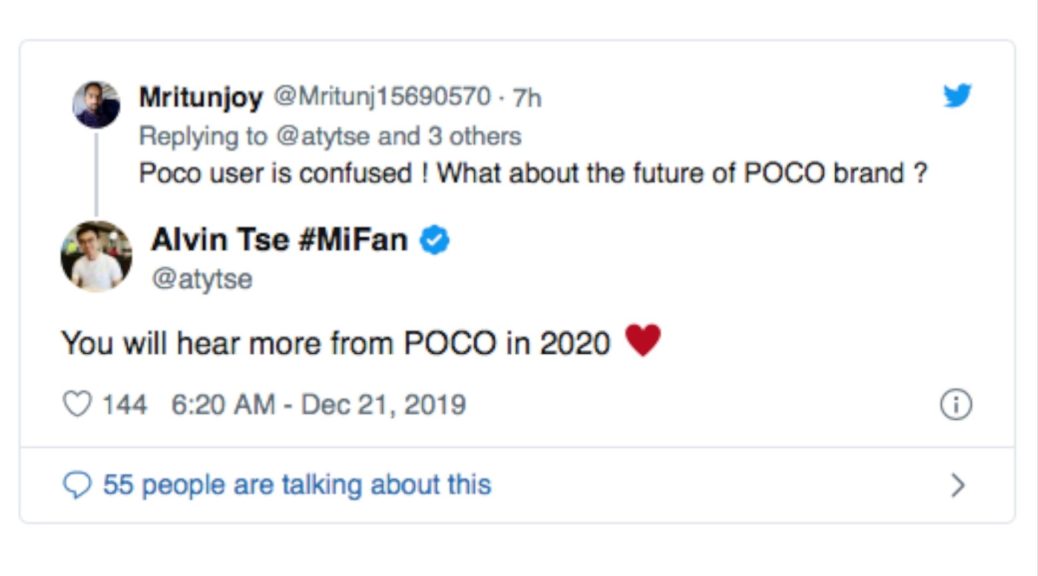 There is no doubt that the POCOPHONE F1 marked a before and after in high-performance smartphones , allowing us to enjoy, for very little, a whole high-end incorporating a powerful Snapdragon 845 inside.

Since then many have wondered about its renewal, an expected POCOPHONE F2 that in principle was imagined as the global version of the Redmi K20 Pro but that finally fell into oblivion throughout this 2019 until now, which Alvin Tse has confirmed his existence.

Specifically, it was the head of the POCO Team project who, through Twitter and in response to one of his followers, confirmed that in 2020 we will hear new news about the expected renewal of the POCO F1 . A confirmation that we all expected but that mysteriously has been removed from the networks hours later to its publication. 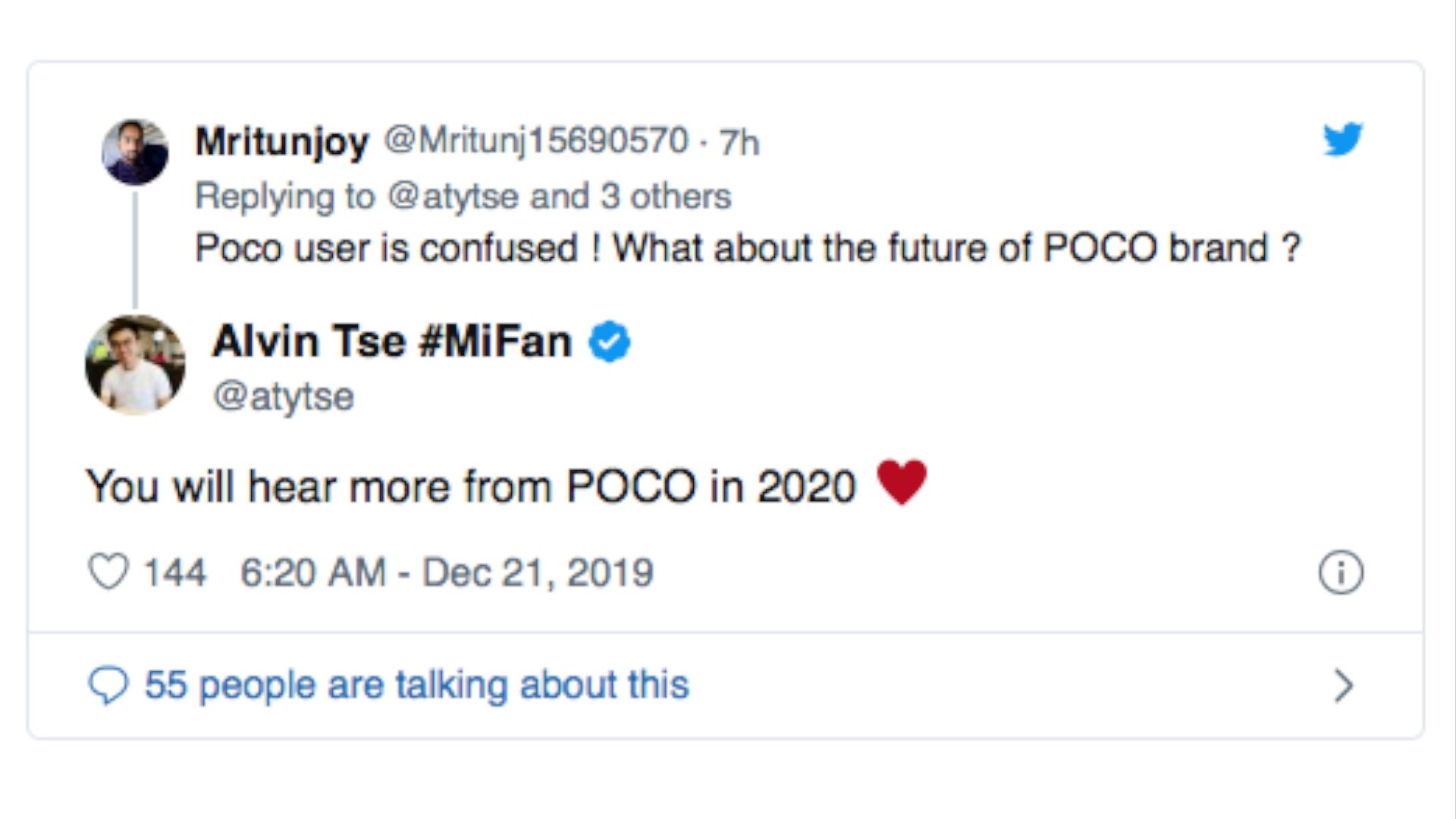 Is it the global version of the Redmi K30 or a totally new smartphone?

Now that we have the official confirmation carried out by no less than the head of the POCOPHONE project, we have the question of what the expected POCOPHONE F2 will be like. In addition, it creates a new dilemma in relation to how it will fit between the wide variety of smartphones that Redmi and Xiaomi already offers us .

And, currently, the Redmi sub-brand already offers us everything that once triumphed in the POCOPHONE F1, but even with better finishes. That is why it is imaginable that the POCOPHONE F2 is not based on any other smartphone, but rather is positioned as a totally new idea aimed at a very specific market.

Whether the Redmi Note 8 Pro, the Xiaomi Mi 9T or the Mi 9T Pro already cover almost the entire range of needs and especially prices. Thus, we find it quite difficult to intuit how this new POCOPHONE F2 will be positioned for the launch of the next generation Redmi Note 9 and Xiaomi Mi 10T . And how do you think the POCOPHONE F2 will be without overlapping the sales of the next generation of smartphones from Xiaomi and Redmi?