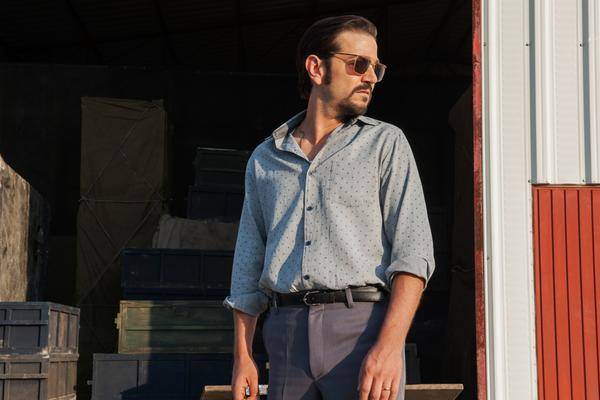 Fans have known for a long time that there will be a second season of "Narcos: Mexico". When exactly the Netflix series will continue was still open. The streaming provider has now provided the answer itself.

So far, there has only been talk of "Coming Soon" when it comes to the start of the second "Narcos: Mexico" season . Thanks to Netflix, we now know that the new episodes will be available from February 13, 2020. Season 2 is announced with a photo of Diego Luna as Miguel Ángel Félix Gallardo and Scoot McNairy as Walt Breslin.

Robbers and gendarmes in Mexican

There is also a short clip on the official Twitter account of "Narcos", which announces the return of Gallardo: "Everyone is hungry for something," he says in Spanish. "If you back away, even the toughest animal can end up in the cage."

The hunt for Gallardo is definitely open in season 2. "Catch him if you can," is the tweet for the video.

"Narcos: Mexico" just as popular as the original series

"Narcos: Mexico" is an offshoot of the "Narcos" series on Netflix. The first season was extremely well received by critics and viewers, which is why the announcement of a second season was only a matter of time. The decoupling of the series is not about the Colombian Doge Baron Pablo Escobar, but about the Mexican Guadalajara cartel that Gallardo built.