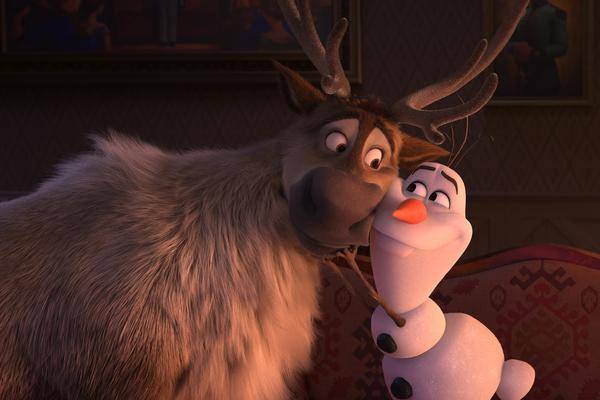 What Disney 2019 touches turns to gold – "Frozen 2" is no exception. The sequel to the animation hit broke the billion mark. This makes the icy sequel the sixth Disney film this year to have such a top result.

According to Box Office Mojo , "Frozen 2" has so far flushed $ 1.032 billion worldwide into the coffers of the mouse company. Elsa doesn't even have to hide from the Avengers or Simba!

The seventh most successful animated film ever

In addition to "Frozen 2", five other Disney films broke the billion mark in 2019: the remakes "Aladdin" and "The Lion King" , the comic book adaptations "Captain Marvel" and "Avengers: Endgame" as well as the animated film "A Toy Story: Everything does not stop at a command " .

"Die Eiskönigin 2" also has a good status among the animated films. According to Variety, the sequel is the seventh most successful animated film of all time.

Frozen 2 grossed the most in the United States at $ 366.5 million. A large proportion of the overall result also comes from Asia: 111.5 million US dollars from China, 85.4 million from South Korea and 67.3 million from Japan, according to Deadline . Germany has contributed $ 39.9 million to the box office earnings so far.

2019 is a record year for Disney. The mouse company broke the $ 10 billion mark this year with its productions. Disney is the first studio to achieve double-digit billions in one year. And there should be something more! "Star Wars: The Rise of Skywalkers" will not be released in cinemas until December 18. The end of the Sequel trilogy should drive up revenues even further.