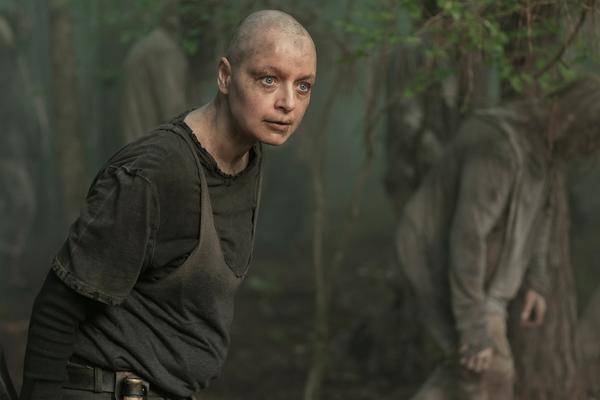 Only from the end of February will "Walking Dead" fans see the remaining episodes of season 10. Alpha actress Samantha Morton already reveals what to expect in the upcoming episodes.

It will be "really brutal" with more twists and turns, Morton promises in an interview with Metro . The British woman does not reveal much more, except that the role of Alpha is a real dream role for her.

Even Morton was surprised by the script

"I'm thrilled to be part of this world. And what you expect never happens. There are always surprises," Morton announces. She shouldn't reveal more. Just so much: "It's really brutal". In addition, viewers can look forward to even more unexpected twists and turns. "Even when I read the script, I thought 'What? Oh my god, we're shooting this today,' but I loved it," said Morton.

When asked about a possible confrontation between Alpha and Carol (Melissa McBride), Morton remains undercover. "It's complicated, isn't it? With Carol's past and the fact that Alpha doesn't have one." But showrunner Angela Kang still has "unbelievable surprises" in store.

A lot of love for the AMC world and colleagues

One thing is clear. Morton is thrilled to be part of "The Walking Dead". "I really love it. It's a dream role, the role of my life. I love being part of the AMC world. I love working with everyone," enthuses the actress.

Season 10 of "The Walking Dead" is currently in the winter break. The second half of the season starts on February 24, 2020 on Sky.