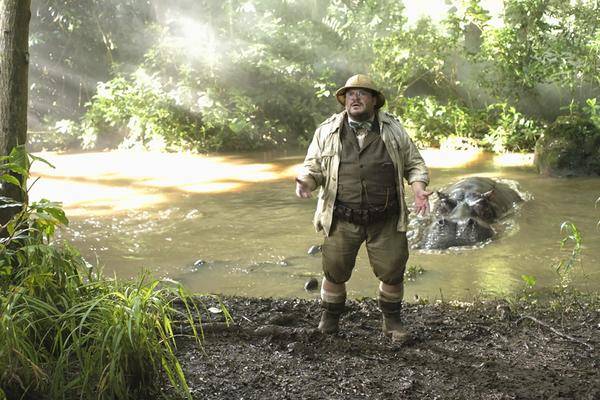 Cinema release for "Jumanji – The Next Level" – and the end of the acting career of Jack Black? The comedian and singer announces that he wants to withdraw from the business. In an interview, he reveals his motivations and imagines riding one day with Quentin Tarantino in the sunset.

Jack Black wants more time for his wife and two children, he explains in an interview with Balance : "I've spent too much time not being home, so maybe I can do a TV show here in my hometown, then I can I work normally from 9am to 5pm and then go home. "

Whether "Jumanji – The Next Level" is his final film, Jack Black can not say 100 percent. "Maybe another movie, but I like the idea of an early pension." The retreat as an actor does not mean the end for his rock band Tenacious D: "Well, there is another album that I would like to do."

A last ride with Quentin

Jack Black has already painted his perfect retirement: "I'm going to play in the last movie of Quentin Tarantino and ride into the sunset, Quentin and I, we ride together, he has not offered me the role, but me I'm pretty sure that will come, "Jack Black says. Afterwards he wants to give a Tenacious-D concert in London, as no-one has ever seen before. "Then we'll see each other backstage and our High Five will be shot for the cinema, it's going to be a high five that's heard all over the world."

From the 12th of december we can see Jack Black in the movie "Jumanji – The Next Level" – for the last time?