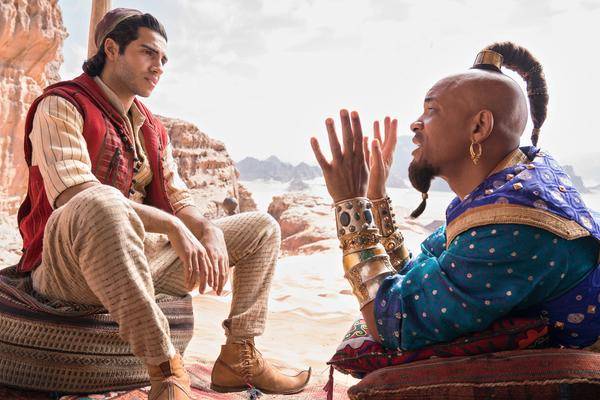 With his few scenes, Prince Anders has not conquered Jasmine's heart in the "Aladdin" real-life adaptation, but that of the audience. They find the heir apparent from Skanland so charming that he now gets his own spin-off.

Thus, "Aladdin" is the first real-life adaptation of Disney, which gets an offshoot. However, there is a small catch, as, among others The Hollywood Reporter (THR) writes: The spin-off will not be seen in the cinema, but on the new streaming service Disney +.

Spin-off will not be a "Aladdin" seq

The screenplay for the film about Prince Anders is to be written by Jordan Dunn and Michael Kvamme. The two have just worked together on the new "Spongebob Squarepants" movie. Dan Lin and Jonathan Eirich, who have produced "Aladdin", are also expected to collaborate on the spin-off.

The film extraction is also not to be seen as a sequel to "Aladdin" . But that does not mean that Disney does not work on just one. Already in August of this year there were sequel rumors.

Will Billy Magnussen become the Prince of Skanland again?

In the Realverfilmung plays Billy Magnussen ("Maniac") Prince Anders from the fictional country Skanland, who stops for the hand of Jasmine. The nobleman scores above all by the entertaining mix of snooty arrogance and clumsy simplicity, which immediately ignited the audience.

Billy Magnussen should again play the role of the prince, even if the occupation has not been officially confirmed. In general, the project is still in a very early stage, according to The Hollywood Reporter, so it will be quite some time before we get to see the spin-off.