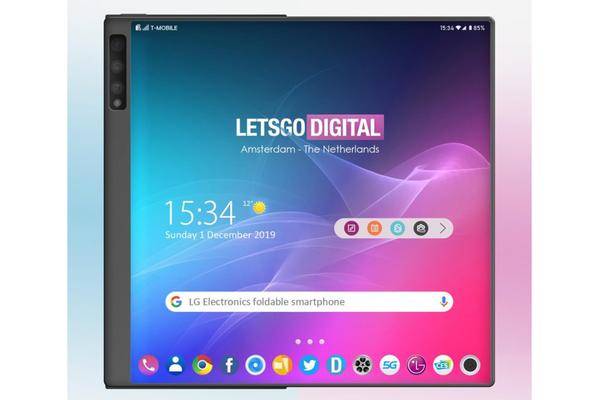 While other manufacturers such as Samsung, Huawei or Motorola have now introduced foldable smartphone, LG is still suspiciously silent. The Koreans also allegedly plan a device with a flexible display. What that might look like is now shown in a new patent.

As early as May, LG filed a patent for a foldable smartphone with the World Intellectual Property Organization (WIPO) in The Hague. The documentation was released under the name "mobile phone" in late November – and of course immediately discovered by the busy colleagues of LetsGoDigital . On the basis of the patent drawings, the website also made a first render photo.

Design is similar to the Huawei Mate X.

At first glance, the design of LG's foldable smart phone is very similar to the Huawei Mate X already introduced . The screen is located on the outside and covers the front and back of the device. Also striking is a narrow sidebar for the cameras, of which there should be at least three pieces.

Since LG is already quite far in flexible display technology, and IFA 2019 already presented a TV with a scrolling screen, the presentation of a foldable smartphone is likely to be in the not-too-distant future.