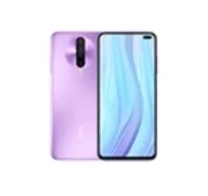 There is no doubt that the imminent Redmi K30 has become one of the most anticipated smartphones of this final stretch of the year. A new generation of the first «Flagship Killer», known in the global market as Xiaomi Mi 9T and Mi 9T Pro, which will be presented this December 10 .

For now, taking into account only the official data, the firm has revealed that it will be a mobile device with dual selfie camera embedded in the screen . In this way, in addition to taking a design never seen before on any other Xiaomi or Redmi smartphone, the new K30 could mark a before and after in the design of the next devices of the brand , saying goodbye to the notch in the form of a drop of water.

Now, further fueling the desire to know how this device will finally be, the first image that shows the back of the supposed Redmi K30 has been leaked. And in what appears to be a "stolen" image of the official website, we are shown a design very similar to that already seen in the Redmi Note 8 Pro , placing the camera in the central area of the terminal.

Likewise, the Redmi K30 would incorporate a total of four cameras at its rear, adding as a design a circle-shaped area around them. With this, the Xiaomi sub-brand would innovate again as it already did with the Redmi K20 and its retractable camera, adding new, fresher and more striking design lines.

Still do not forget that it is a leak that could be true or not, so you have to be cautious and wait for the company itself to reveal the design that will take its new Redmi K30 and Xiaomi Mi 10T . And don't forget, if you don't want to miss this and other news, join our Telegram group dedicated to the new Redmi Flagship Killer: @ RedmiK30Xiaomi