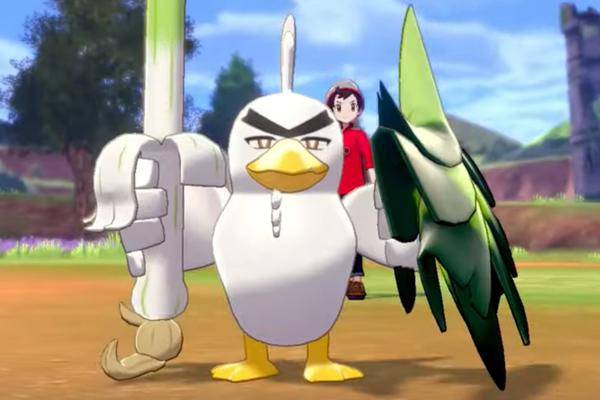 Lauchzelot is a brand new development for Porenta in "Pokémon Sword & Shield". Developing the duck with the leek to become a brave vegetable lover is not so easy. We explain how you can get leek zelot.

First, bad news for players of "Pokémon Shield": You can only catch Lauchzelot's precursor Porenta in "Pokémon Shield". You will find the Flight Pokémon on Route 5 and in the Nature Zone in the Mirror of the Giant area. "Shield" owners must exchange the bird to develop it.

Porenta does not have a specific level at which it develops into leek zelot. Instead, it must land three direct hits within a fight. After the fight then the development starts. The direct hits do not have to be scored against the same Pokémon. For example, if you fight a trainer with four Pokémon, it will be enough if the three direct hits are distributed randomly throughout his team.

Nevertheless, the development is a bit of luck: direct hits can not be planned, but happen with a certain probability. Note: These are NOT very effective attacks for which you only need to match the type of your attacks on the opposing monster. However, you can positively influence the hit rate with items.

The leek item is especially helpful in increasing Porenta's hit-and-miss. You get it from wild porenta that sometimes carry it. So catch so many, until you have the item, and then give it to your bird to bear. With the item "Attack Plus" you also increase the full hit rate, but only for the duration of a fight.