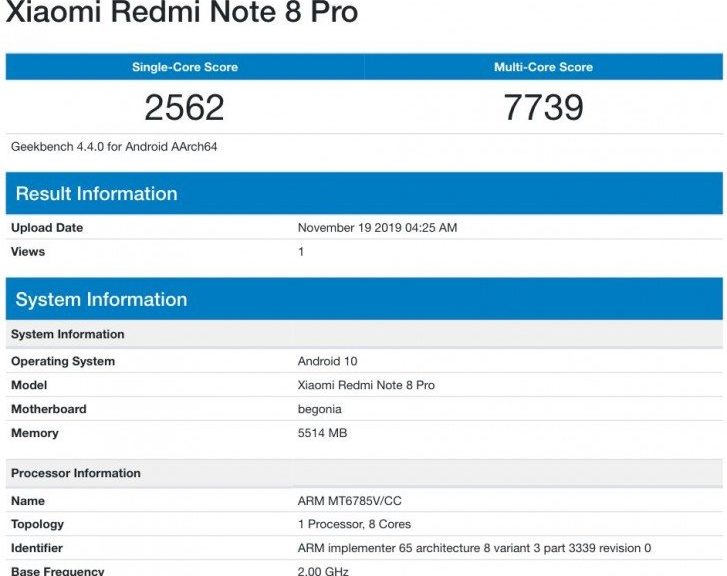 A little over a week ago, MIUI 11 began deploying to almost all versions of the new Redmi Note 8 Pro . A new update that came unexpectedly and much earlier than expected and which could now join the arrival of Android 10 as seen in GeekBench.

One of the main doubts that was generated around the Redmi Note 8 Pro and its MediaTek processor, was related to its updates. We talk about the past since Xiaomi has shown that the new MediaTek Helio G90T has marked a before and after in the processor manufacturer.

And, let's not forget that the Redmi Note 8 Pro not only has MIUI 11 before other smartphones of the Asian firm, but also enjoys a fully functional GCam . Something totally unthinkable a few months ago to which the arrival of Android 10 joins as it has been seen through the famous benchmark platform, GeekBench .

Now, the Redmi Note 8 Pro has been listed in the GeekBench database running a version of MIUI based on Android 10 . A fact that could demonstrate that Xiaomi is already testing with this new version of MIUI 11 and that it would soon be released to the general public. 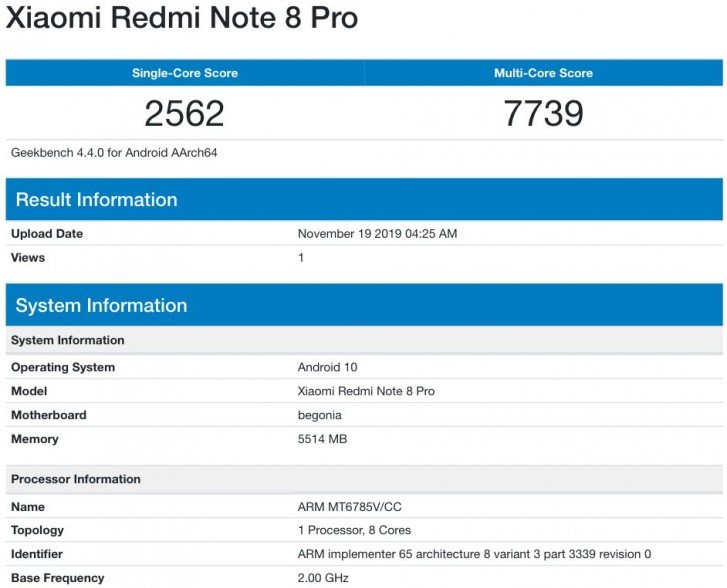 Even so, it should be noted that for now there is no official announcement by Xiaomi and its team of developers regarding the arrival of Android 10 to this device. Similarly do not forget that MIUI 11 arrived well ahead of schedule and that in the same way we could have Android 10 in this smartphone that has become the king of the mid-range.