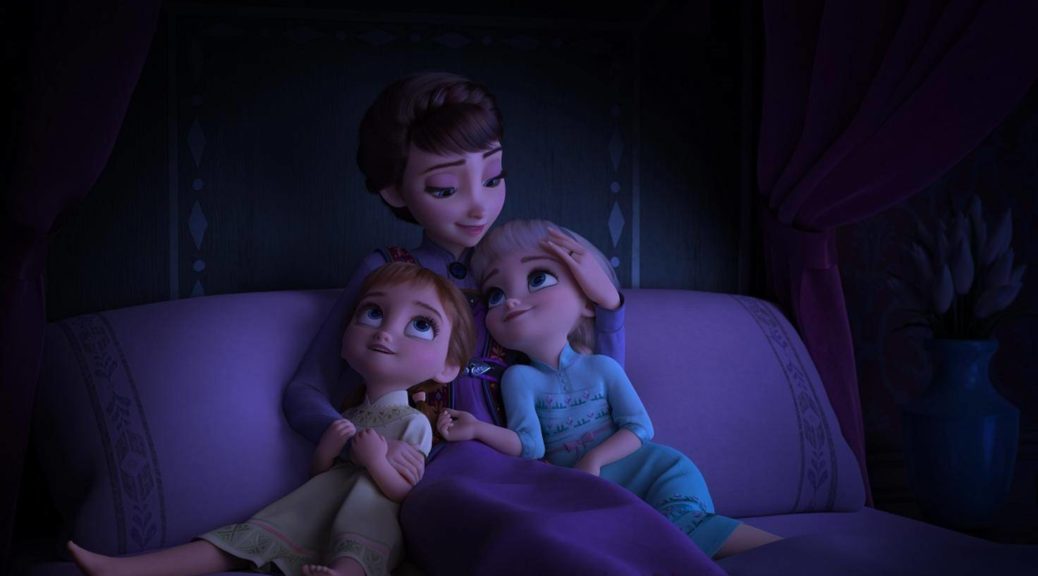 There is again ice age in the cinema: Elsa and Anna are experiencing a new adventure, in the sequel to "The Frozen" it takes the sisters into an enchanted forest. Can the sequel go into the snowy footsteps of the first part? Our criticism provides information.

The old crew is back on board

Hard to believe: It's been six years since I first got an earwig from "Let it go". On the way to the cinema, the song buzzes around in my head. You have to write such an evergreen first! Fortunately, Disney managed to get the old crew together for "Frozen 2". The hit writers Kristen Anderson-Lopez and Robert Lopez, composers of "Let it go", are back.

As directors and screenwriters again Chris Buck and Jennifer Lee have acted. However, this time the duo got support from the two songwriters and two other authors. It is well known, too many cooks spoil the pulp. But wait!

The light goes out, the curtain opens. 103 minutes later, I know that Disney has once again managed to tell a story full of enchanting scenes!

Anna and Elsa with their mother at the beginning of the film.

The film begins with a retrospective: Elsa and Anna are still children and are told a bedtime story by their parents. It's about an enchanted forest that is supposed to be north of Arendelle. What begins as a fairy tale quickly turns out to be a true event, involving the father of the girls themselves. He specifically issues a warning to Elsa: The magic of the forest is dangerous!

Three years after the events of the first part: Anna and Elsa spend carefree autumn days in Arendelle. Then Elsa hears a voice that seems to call her from the north. Despite her father's warning, she decides to get to the bottom of it. Of course accompanied by her sister – and also by snowman Olaf and Anna's friend Kristoff.

"Frozen 2" is darker and more mature

In the first reviews to "The Ice Queen 2" was already read that the sequel is darker than the original. In fact, two characters face death. There is a conflict between the two sisters, love issues between Anna and Kristoff, and evil spirits in a dark forest. And the twist at the end questions the moral of a central figure.

Dark colors predominate in many scenes of the film.

The more mature orientation makes sense. After all, the young viewers who saw the first part of 2013 in the cinema are six years older and maybe even teenagers. And of course, Disney also wants to offer something to the older fans.

The film is released without age limit. However, parents should consider how well their child can handle the above conflicts.

Olaf makes for a good mood

The snowman Olaf makes sure that the mood of the sequel does not tip too much into the gloom. He manages to lighten the darkest moments with his humor. The music also contributes to the film never losing its Disney feel.

Can one of the songs in "Frozen 2" build on the success of "Let it go"? Hard to predict. Two songs have definitely stuck in my ear: the title song "Into the unknown", in the English-language original again smashed by Idina Menzel, and Olaf's song "When I am older" .

Mix of new and old

Let's get to the story: Except for the setting, the story of "The Ice Queen 2" has little in common with the first part. This is a positive thing – after all, the makers could have rehashed the old story once again.

Nevertheless, there are many elements in the second part, which we know from the original. Each main character gets at least one song of their own. Kristoff still speaks in the voice of his faithful reindeer Sven. Elsa must be reminded once again by her sister that she is not on her own but can trust others. And Elsa wears new costumes made of snow and ice, but they remain faithful to the well-known style and are likely to find rapid sales in the coming carnival season.

"Ice Queen 2" made me laugh and cry more than once. What more do you want from a Disney movie at Christmas time? The story and the atmosphere are darker, but the humor and rousing music do not make the movie too dark. Fans of the first part will be enchanted by the sequel. And who found the original too childlike, will take pleasure in the more mature orientation.

Small spoiler at the end: After the credits, there is still a very nice final scene. Be sure to stay seated!

"Frozen 2" will be released on German cinemas on November 20th.