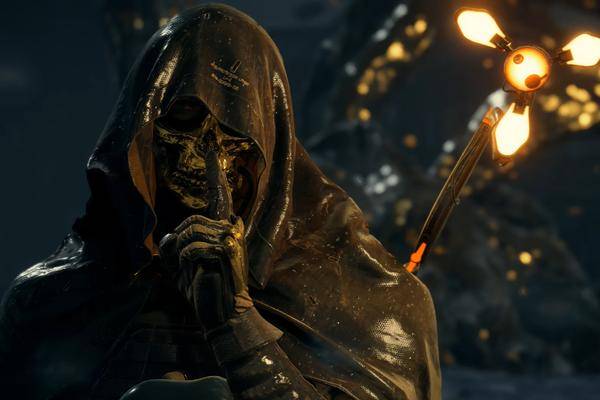 Only sleep a few more times, then finally "Death Stranding" appears. The action game by Hideo Kojima to provide a novel gaming experience and justify a whole genre according to its creator. In the last trailer before the release, it is one thing above all: incredibly enigmatic.

In the beginning, we already know what's going on in "Death Stranding". Sam Porter-Bridges (Norman Reedus) travels east to west through the post-apocalpitic USA, delivering goods. So he wants to reunite the parts of the divided country. In the newly released launch trailer is actually the talk of it – but also of a whole lot more.

For eight minutes the clip jumps back and forth between scenes and cutscenes, shows Sam on his trek through the landscape, then again in the fight against huge monsters or other humans. Almost all the featured characters of the game appear, but a real connection between the scenes hardly opens up. The trailer throws with impressions, cryptic dialogues and alleged revelations only around, but explains it as well as nothing.

Reply? Are not here!

You could say: Kojima takes the advertising strategy for the first game of his own studio ice cold. After all, after every trailer to "Death Stranding" actually had more questions than before. After all, a few answers are finally foreseeable: On 8 November, the game will be released for the PS4. Next year , the PC version follows.