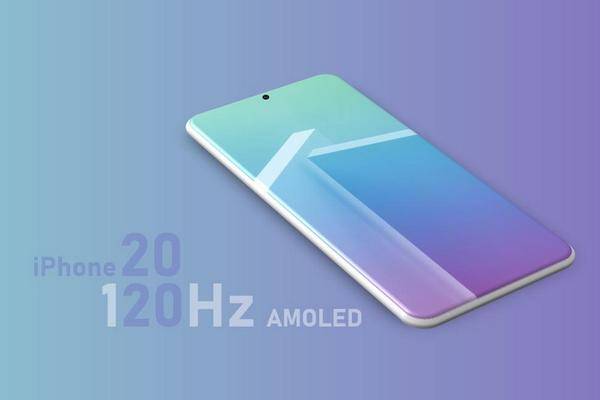 The iPhone 2020 is supposed to get a display with a refresh rate of 120 hertz. Similar to the iPad Pro, the presentation on the screen could thus become more fluid.

According to information from DigiTimes (via AppleInsider ) is on some models of the iPhone 2020, which may simply be called "iPhone 12", a ProMotion display as the iPad Pro be installed. The new screens with refresh rates between 90 Hz and 120 Hz, the display and operation of the Apple smartphone will be much smoother – even more than current smartphones with 90-Hz screen like OnePlus 7T Pro or Google Pixel 4 . Current iPhones, however, have only a refresh rate of 60 hertz.

However, it remains unclear in the report, as Apple could meet the strong energy consumption by a display with 90 or even 120 Hertz. The ProMotion technology on the iPad Pro tries to solve this problem by supplying only some areas of the screen with up to 120 Hz.

For example, if a user draws on a particular spot on the screen with an Apple Pencil, that region automatically gets a higher frame rate. Meanwhile, the rest of the display remains at the normal 60 Hz, some areas even run only with 24 Hz, such as the toolbar or the headers of web pages, which are mostly static anyway.

It will be exciting to see if Apple can use this technology even on a smartphone screen with other requirements.