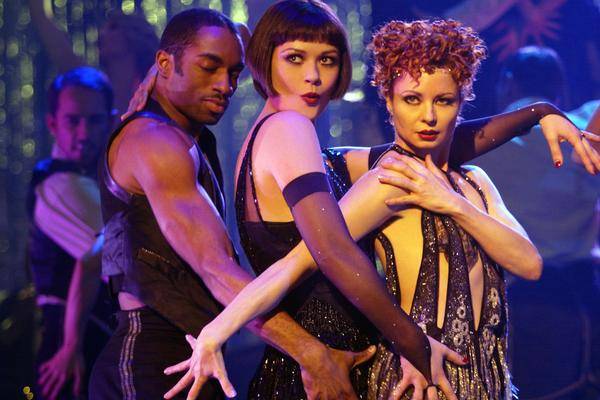 Sequels are a good thing for halfway successful movies, Hollywood also likes to produce prequels. And if nothing works in that direction? Then the remake is waiting! However, it is not always clear that a film is a new edition – as the following seven examples show.

The remake: In 2001, director Steven Soderbergh created "Ocean's Eleven" for the moviegoers. No wonder: The Heist movie scores with a smart script and high-profile cast. In addition to Brad Pitt , George Clooney and Matt Damon , among others, Julia Roberts and Andy Garcia honor. The box office record was so convincing that it was followed by two more sequels.

The original: What many do not know: "Ocean's Eleven" is a remake. As early as 1960, the legendary Rat Pack shone with Dean Martin, Sammy Davis Jr., Frank Sinatra, Joey Bishop and Peter Lawford in the original "Frankie and his cronies" .

The remake: In 2004, Hollywood star Tom Hanks amused us in the Heist comedy "Ladykillers" as charming as well-wielded tank bastard Goldthwait Higginson Dorr. Ethan and Joel Coen were responsible for the direction, script and production – in the face of the various awards for the duo actually a guarantee of success. But the critics did not like "Ladykillers" very well.

The original: Was it perhaps because "Ladykillers" was not an original movie, but the first remake of the Coen brothers? The comedy is based on the film of the same name from the year 1955 , which met with much more approval from the critics. Lead actress Katie Johnson was honored with the British Film Academy Award for Best British Actress at the time, and the screenplay won a 1956 Academy Award nomination .

The remake: As a supposedly last living man in New York Will Smith defeated in 2007 in "I Am Legend" by the Apocalypse. The performance of the actor has been praised by many critics as one of the strongest aspects of the film. With a grossing of around 585.3 million US dollars worldwide , the film was one of the most commercially successful productions of the year.

The original: The creators around director Francis Lawrence knew that the story around the virologist with the rather unpleasant end time problem had hit potential even before the theatrical release: The film is based on the novel "I Am Legend" by Richard Matheson from 1954, the had already been successfully adapted in two other films. 1964 appeared "The Last Man on Earth – The true legend" , followed in 1971 "The Omega Man" with Charlton Heston.

The remake: In the mid-1990s, Brad Pitt made the big break in Hollywood, in "Rendezvous with Joe Black", the actor in 1998 demonstrated his skills as a death in human form. Despite the high-caliber support of Anthony Hopkins and Claire Forlani, the film did not convince many critics.

The original: Unlike the original: "Death Takes a Holiday" , in German "The Black Majesty", appeared in 1934 and was showered with positive reviews downright . On the other hand, the financial success did not materialize and here again the remake is in the lead .

The remake: "Brilliantly staged", "rousing" – these are just two of the attributes with which the critics considered "Chicago" in 2002. Renée Zellweger, Catherine Zeta-Jones, Richard Gere and other stars throw themselves in the musical so skillfully into the turmoil of the 1920s, that the film at the next Academy Awards could win 13 nominations for themselves. Six times "Chicago" was actually awarded in the end, including in the king's category "Best Film".

The original: What many do not know: Already in 1926 "Chicago" was first released as a musical. In 1975, the first remake on Broadway followed, which was even honored with a Toy Award for the best revival of a musical.

"The Italian Job – Hunting for millions"

The remake: Several well-known Hollywood actor made in 2003 in "The Italian Job" hunt for millions of dollars. In addition to Charlize Theron and Mark Wahlberg were, among others, Donald Sutherland, Edward Norton and Jason Statham to see. Especially the quick-witted-cool sayings of the characters were repeatedly praised, even from "good old hand-made action" was the critics' speech.

The original: This Heist movie is also a remake. Director Felix Gary Gray once said in an interview with IGN that he wanted to pay tribute to the original: "Charlie is dusting off millions" came to the cinema in 1969 and was nominated for a Golden Globe as the best foreign film.

The remake: With "The Departed" director Martin Scorsese returned in 2006 after ten years of abstinence back to the genre of gangster film. He brought various Hollywood greats on board – including Leonardo DiCaprio, Matt Damon, Jack Nicholson, Mark Wahlberg, Alec Baldwin and Martin Sheen. That should pay off, at the Oscars 2006 , the film was awarded four awards: the best film and for the best director, the best adapted screenplay and the best cut.

The original: The success was almost inevitable. Why? Because already the original has been very successful. The Chinese thriller "Infernal Affairs" was released in 2002 in Hong Kong and immediately became the darling of the critics. Some of the country's most important film awards went to production with Andy Lau and Tony Leung.