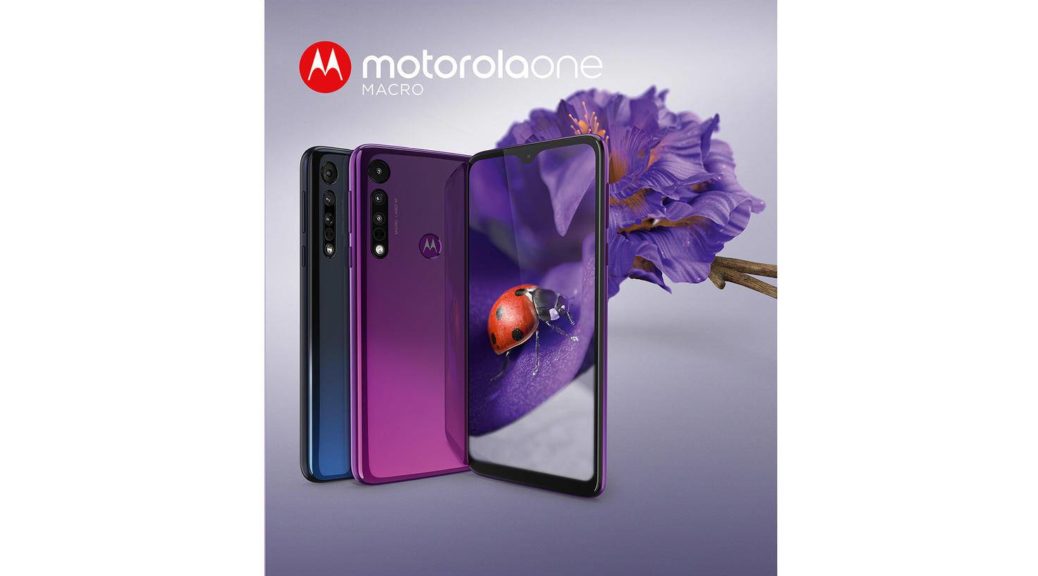 Motorola has just introduced three new entry-level and mid-range smartphones: the Moto G8 Plus, the Moto E6 Play and the Moto One Macro. Some of the new smartphones are available now.

The Moto G8 Plus is a mid-range cell phone of the new G8 series. It has a 6.3-inch display with FHD + resolution in 19: 9 aspect ratio. Under the hood are a Snapdragon 665 along with 4 GB of RAM, while the internal memory has a capacity of 64 GB – and can be expanded via microSD card by up to 512 GB. The 4,000 mAh battery can be quickly powered by Fast Charging, a corresponding power supply is included.

On the back is a triple camera used, which consists of 48-MP main and 5-MP depth sensor and a 16-MP lens. The latter takes over the tasks of an action cam at the same time – so it ensures as stable as possible video recordings. As a selfie camera, a lens with 25 MP is installed. The phone has a fingerprint sensor, a headphone jack and stereo speakers. You can buy the Moto G8 Plus in the colors dark red and blue at a price of around 270 euros.

Motorola One Macro for amateur photographers

Will score with macro camera: the Motorola One Macro.

For hobby photographers, the new Motorola One Macro could be worth a look: the mobile phone features a M Acro vision camera with auto-laser focus, with which even subjects from a distance of 2 centimeters can be photographed – according to Motorola, five times closer than with a conventional lens. Three lenses are mounted on the back: a main camera with 13 megapixels, a depth sensor with 2 megapixels and not least the macro lens with 2 megapixels.

The Motorola One Macro has a 6.2-inch display that resolves in HD +. Inside are a MediaTek Helio-P70 and 4 GB of RAM installed, the storage capacity, which can be expanded by memory card, is 64 GB. The 4,000 mAh large battery deliver according to the manufacturer for a period of two days. The device is now available in the colors dark blue and purple for just under 200 euros.

With the Moto E6 Play, the manufacturer, however, has introduced another entry-level model, which has a HD + display with 5.5-inch diagonal. Technically, the mobile phone with the MediaTek MT6739 processor and 2 GB of RAM offers only absolute entry level. The memory, which can also be expanded via a microSD card, has a capacity of 32 GB at the factory, the battery has a capacity of 3,000 mAh. The main camera snaps pictures with 13 MP and the front camera with 5 MP. The Moto E6 Play is available from November in the color turquoise blue for around 110 euros.