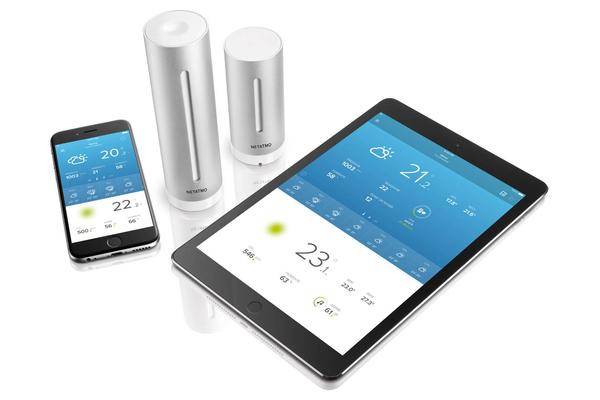 For some time now, smart home manufacturer Netatmo has been working on a HomeKit compatibility for its intelligent weather station, and now the function actually finds its way onto the devices. Thanks to a new firmware update (to version 161.0), the stations finally move into the smart home universe of Apple – but there is a small limitation.

Currently, it looks very much like that only third-generation devices will enjoy the required updates. Netatmo himself speaks of "new users" in the related English press release and states that "despite the company's best efforts, not all users will benefit from compatibility". However, this restriction is missing in the German-language press release .

It is therefore currently not entirely clear whether owners of an older model can integrate their weather station in their Home Kit system. What we do know, however, is that the firmware update to version number 161.0 should be rolled out gradually. Once the new software has been loaded, users should be able to automatically see the HomeKit option in their Netatmo app in the Advanced Settings section.

If your weather station is then integrated into the HomeKit, values for CO2 content and air quality, humidity and temperature are transferred from the indoor module directly to Apple's Smart Home system. The outdoor module provides data on temperature and humidity outdoors. A voice command to Siri users can query the values in the home app from Apple, the data are also visible. According to Netatmo, scenarios based on the IFTTT principle can also be created in the personal HomeKit system. If the weather station detects, for example, that the humidity in the room is too high, a dehumidifier connected via HomeKit could be activated automatically.