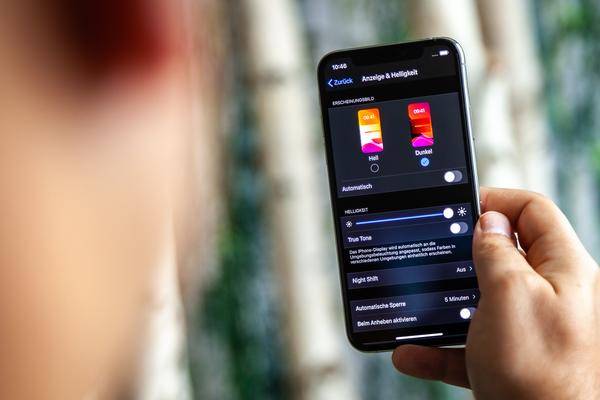 The dark fashion is not only gentler on the eyes, but it can also save a lot of battery. A direct comparison between two iPhone XS – one with dark mode and one without – now shows how much power can really be saved.

For the test, Phonebuff used two identically configured iPhone XS. Both smartphones were set to a brightness of exactly 200 nits before the test. For similar user behavior, both iPhones were operated by robots that used exactly the same apps and performed actions. The result: When the iPhone XS without Dark Mode eventually had no more juice, had the iPhone with activated Dark Mode still 30 percent battery left, writes 9to5Mac.

Saving energy only with OLED displays

It is important to mention that the power saving effect only works with OLED displays. These are for Apple smartphones so the iPhone X, iPhone XS, iPhone 11 Pro and iPhone 11 Pro Max, but not the iPhone XR or iPhone 11. On devices without OLED display, the dark mode is at least still pretty and a little gentler for the eyes.

Similar results as PhoneBuff reported at that time also Google with its dark mode test on the Google Pixel. Depending on the brightness, up to 60 percent power could be saved when using the dark mode.

Whether a real black or a very dark gray is used as a surface in the apps, incidentally, the power consumption is hardly significant. Measurements on a OnePlus 7 Pro showed that a Google grayscale only uses 0.3 percent more energy than True Black.