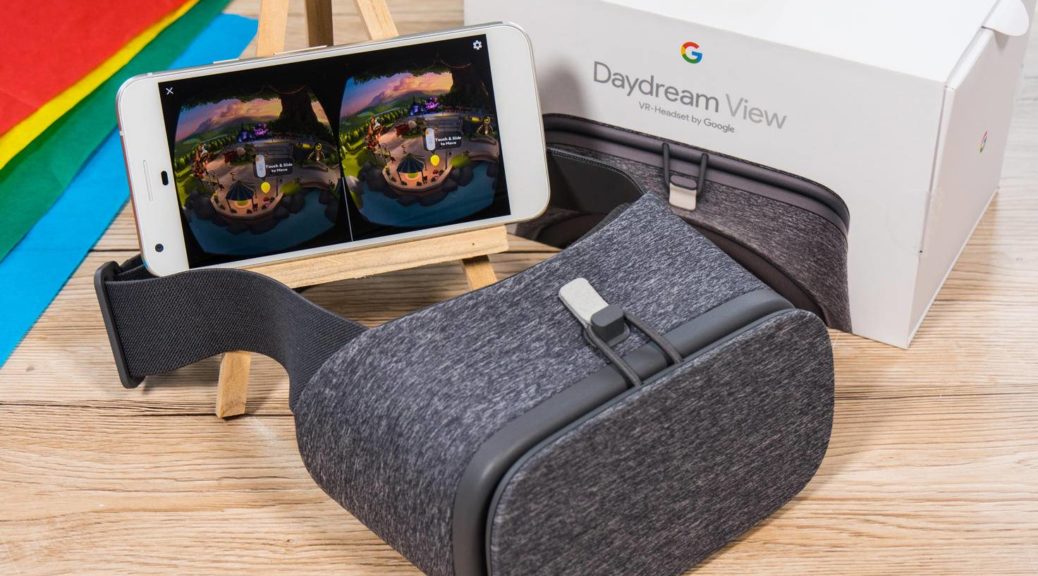 With the Pixel 4, Google has discontinued support for Daydream VR. Samsung had already gone ahead with the task of Gear VR. That's the end of the era of smartphone VR glasses – and that's no loss. Stand-alone eyewear and wired high-end headsets are the better solutions.

Virtual reality with the smartphone is dead. The Galaxy Note 10 phones dispense with the support of Samsung's Gear VR, now Google has given Daydream VR. John Carmack, Chief Development Officer at Oculus VR, already revealed the most important reason for the end of mobile phone VR systems at the event Oculus Connect 5 (via Mixed ): "Gear VR does not keep the users' interest." And Google also made that experience with its Daydream VR glasses.

According to Carmack, customers get a Gear VR, try some apps, and enjoy the VR experience, but then put the headset aside and rarely use it again. The autonomous VR glasses Oculus Go, on the other hand, use them "week after week" as intensively as the PC glasses Oculus Rift . Gear VR and Oculus Rift share the same content, so manufacturers can not fully understand the reasons for the short-term adoption of the mobile solution. On top of that, newer smartphones that could be used in the Gear VR headset are more powerful than the Oculus Go .

Why could smartphone VR glasses not prevail?

VR glasses for the mobile phone such as Daydream View could not inspire the user for long.

There are various assumptions on Oculus as to why the Gear VR has failed. The higher wearing comfort of the Oculus Go stand-alone goggles, the better lenses, the non-flickering 72-Hz display and the fact that the smartphone battery is not used up when it is being used. The latter is also the opinion of my TURN ON colleague Patrick. He believes that the VR glasses have sucked the cell phone batteries too fast empty and the users then prefer their smartphones for non-VR purposes used.

Commenting on DayDream VR's end to Venture Beat , Google also said that the Daydream View headset has become less popular over time. For example, users have been resisted by having to plug their smartphone into their headset while losing access to the apps they use throughout the day. Neither consumers nor developers would have adopted Daydream as Google had hoped. But the search engine giant and Android maker also explained where the journey is going for him in the future – more on that later.

For me, the mobile VR glasses were a successful entry

At the end of 2015, the VR wave for smartphones began with Samsung's Gear VR. I had together with the competing LG 360 VR in 2016 a comparative test subject. Back then, Gear VR convinced me that it was a great way to "make a first foray into Virtual Reality" and get a "taste of what VR has to offer."

The Gear VR provided a good taste of the possibilities of Virtual Reality – but nothing more.

In 2017 I had the last version of Google's Daydream View in the test , which was also suitable for VR testing. Difficulties were always the necessary reorientation of the virtual line of sight, since the two systems waived sensors for locating the player in the room.

The Oculus Rift is installed in the TURN ON apartment where most of our YouTube videos are shot. After Gear VR and Daydream VR had aroused my interest, I was able to test the VR glasses for the PC there – but because of the incident light, I was sick of it. The test of the horror game "The Inpatient" for the PlayStation VR finally convinced me in 2018 of the benefits of Virtual Reality. The borrowed PSVR I installed at home in the living room.

Wired VR glasses such as the PlayStation VR offer a more mature virtual reality experience than the mobile solutions.

"The Inpatient" itself has its quirks – but the VR implementation provided a much more immersive feel than I had experienced in any other game before. The Move controllers as virtual hands, the PlayStation camera for locating the player, and the ability to respond to characters in-game with their own voices, reinforce the impression of truly being in the virtual world. As a wearer of glasses I have it even with the PSVR hard, also I am the resolution of the game world is still too low for my taste. Luckily, there is hope for the VR future.

The future of virtual reality

As Smartphone VR moves away, Virtual Reality becomes more popular for stand-alone and wired VR glasses. According to a report by market researchers from IDC (via Venture Beat ), the number of installed high-performance VR systems (stand-alone and wired to console or PC) in 2018 increased by 60 percent compared to the previous year. 3.9 million VR glasses of the named varieties are now installed in the USA, Japan, France, Germany and England.

Autonomous headsets such as the Vive Focus and the Oculus Quest can be easily set up and used without a smartphone, cables and tracking sensors. Such glasses now take the position of the mobile VR headsets and are aimed at casual and entry-level VR users. As TURN-ON colleague David writes in his review of the Oculus Quest: " For VR gaming enthusiasts without a top-of-the-line PC, the glasses are an absolutely satisfying way to get started in Virtual Reality."

For my TURN ON colleague David, autonomous VR headsets such as the Oculus Quest are a great VR entry.

In addition to the stand-alone glasses, the future also includes headsets such as the Oculus Rift S, the HTC Vive Cosmos and probably the PlayStation VR 2. The Rift S and the Vive Cosmos have the tracking sensors mounted on the outside of the glasses. This eliminates the need to install sensors in the room. Thanks to the PC power, a better display quality is possible than with mobile or stand-alone glasses.

For smartphones, the future is more likely to be augmented reality. Google told Venture Beat , "We're investing heavily in helpful augmented reality experiences like Google Lens, AR navigation while running in maps, and AR in search (…)." The XR Viewer initiative of Qualcomm is also used primarily for AR applications, but also the VR deployment is planned. There are already headsets in the making, which should be connected to the smartphone via USB-C cable. The phones serve as a computer, similar to the PC in conjunction with the Oculus Rift S.

The streaming of AR and VR content to the glasses will probably be wireless at some point. VR glasses with USB-C cable to smartphones are unlikely to prevail, as they have in common with the glasses like Gear VR some disadvantages – such as the strain on the cell phone battery life and the extra hardware needed. VR glasses in which you put your smartphone will probably not exist anymore.

Thus, the more mature VR headsets with lower compromises can convince consumers of the fascination of virtual worlds. The future of virtual reality certainly costs a bit more than the low-priced try-out solutions like Gear VR and Daydream VR. In return, VR is much more mature, not to say: finally grown.