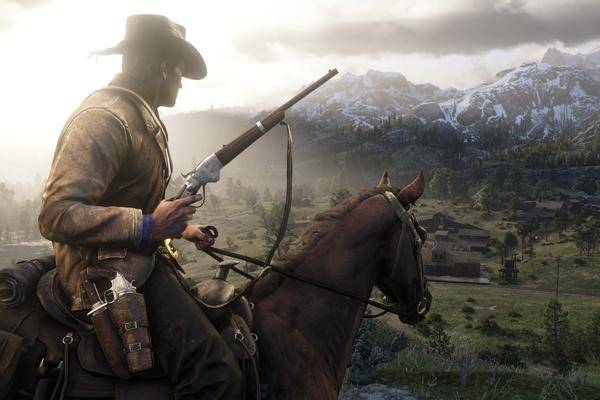 Shortly before the release of "Red Dead Redemption 2" Rockstar has created a nice trailer, which is supposed to catch the eye of the Western epic. The game was already a real eye-catcher on the consoles, but on the PC it still looks a lot better.

If "Red Dead Redemption 2" on the PC looks almost as good as in the new trailer, then many players are likely to be blown away by the graphics. Rockstar had already promised several graphical enhancements such as multi-monitor support, higher frame rates, improved light and shadow effects and better textures. With an appropriate screen, the trailer can also be viewed in 4K resolution. Whether the game runs in full splendor on your computer, you will find out here .

Not only nicer, but also with more content than on the consoles

However, PC owners not only enjoy a graphically enhanced "Red Dead Redemption 2", but can also look forward to additional content. So it should be among other new bounty hunter missions, gang caches and weapons.

"Red Dead Redemption 2" will be released on November 5th at Epic Games Store, Green Man Gaming, Humble Store, GameStop, and other digital retailers. On Steam, the game will be available in December, on Google Stadia, it will be available for launch on 19 November.