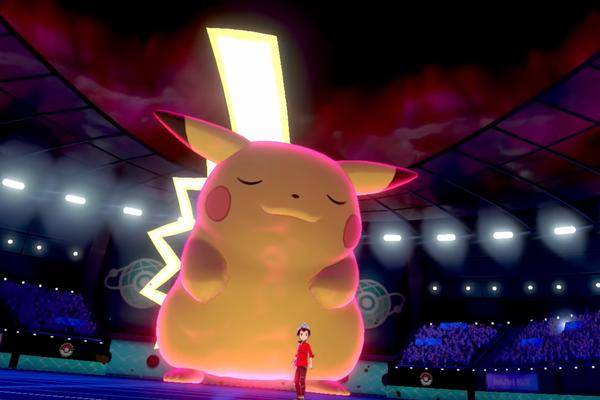 "Pokémon Sword & Shield" introduces the Gigantamax shapes as an innovation: Some monsters can grow to house size in combat on command. In a trailer, the developers now present some forms – and make fans of a particular Pokémon very happy.

Do you still remember what Pikachu looked like when "Pokémon" first appeared on the world stage 20 years ago? The small electric rodent was then a plump creature with cute chubby cheeks. Then Nintendo subjected him to a diet that made him look more agile, but also less cute. The somewhat chubby first version has many fans today – and they are likely to love "Pokémon Sword & Shield".

In a trailer for Gigantamax feature comes the giant form of Pikachu, which takes the ancestor of the monster as a model. Other old favorites from the first generation are to see: Evoli is extra fluffy in its maximum form, Mauzi reminiscent of the Internet meme Longcat , Smettbo grows to a gigantic butterfly with a new wing pattern zoom. And Glurak is a big, evil-looking dragon – so far, so used to. All Gigantamax forms have individual special attacks.

Not all of the shown first-gen monsters can be earned in "Pokémon Sword & Shield" just like that. You can get Pikachu and Evoli by syncing "Pokémon Let's Go Pikachu" or "Pokémon Let's Go Evoli" scores with the new game. Gigantamax Mauzi is a bonus for anyone who buys one of the two editions by January 15, 2020.

"Pokémon Sword & Shield" will be released November 15, 2019 for Nintendo Switch.