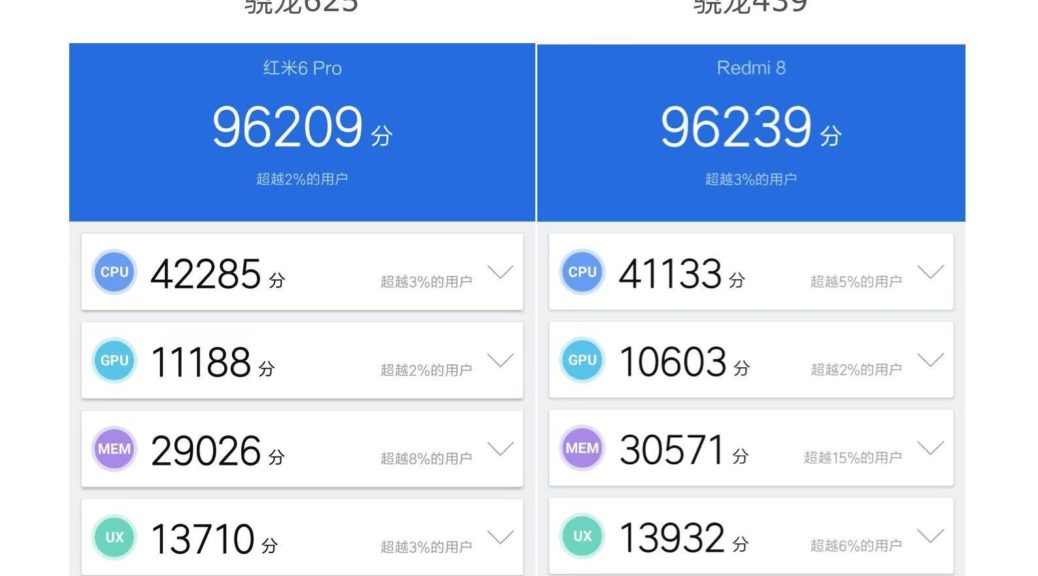 After performing in India, the new Redmi 8 has also done so in China with his younger brother Redmi 8A . An ideal input range smartphone for all those who are not looking for a high performance smartphone, but basically a great autonomy to perform basic tasks.

Specifically, this new smartphone has a large 5,000mAh battery equipped with fast 18W charging. In turn, inside we find a Snapdragon 439 processor , 3 / 4GB of RAM and 32 / 64GB of internal storage . All this, for a price that does not exceed 100 euros.

If we take into account the previous generation, the Redmi 7 incorporates a Snapdragon 625 processor inside , a somewhat more modern variant than the 400 series that Redmi 8 itself has integrated. That is why many fans of the brand have complained since its launch, arguing that this new entry-level smartphone has undergone an involution without any sense .

In response, Lu Weibing, current CEO of Redmi has responded to the large number of criticisms ensuring that the Snapdragon 439 has a performance almost similar to that of the Snapdragon 625 . Moreover, by way of comparison, the CEO has attached to his publication in Weibo the capture where you can see an AnTuTu comparison of both processors. 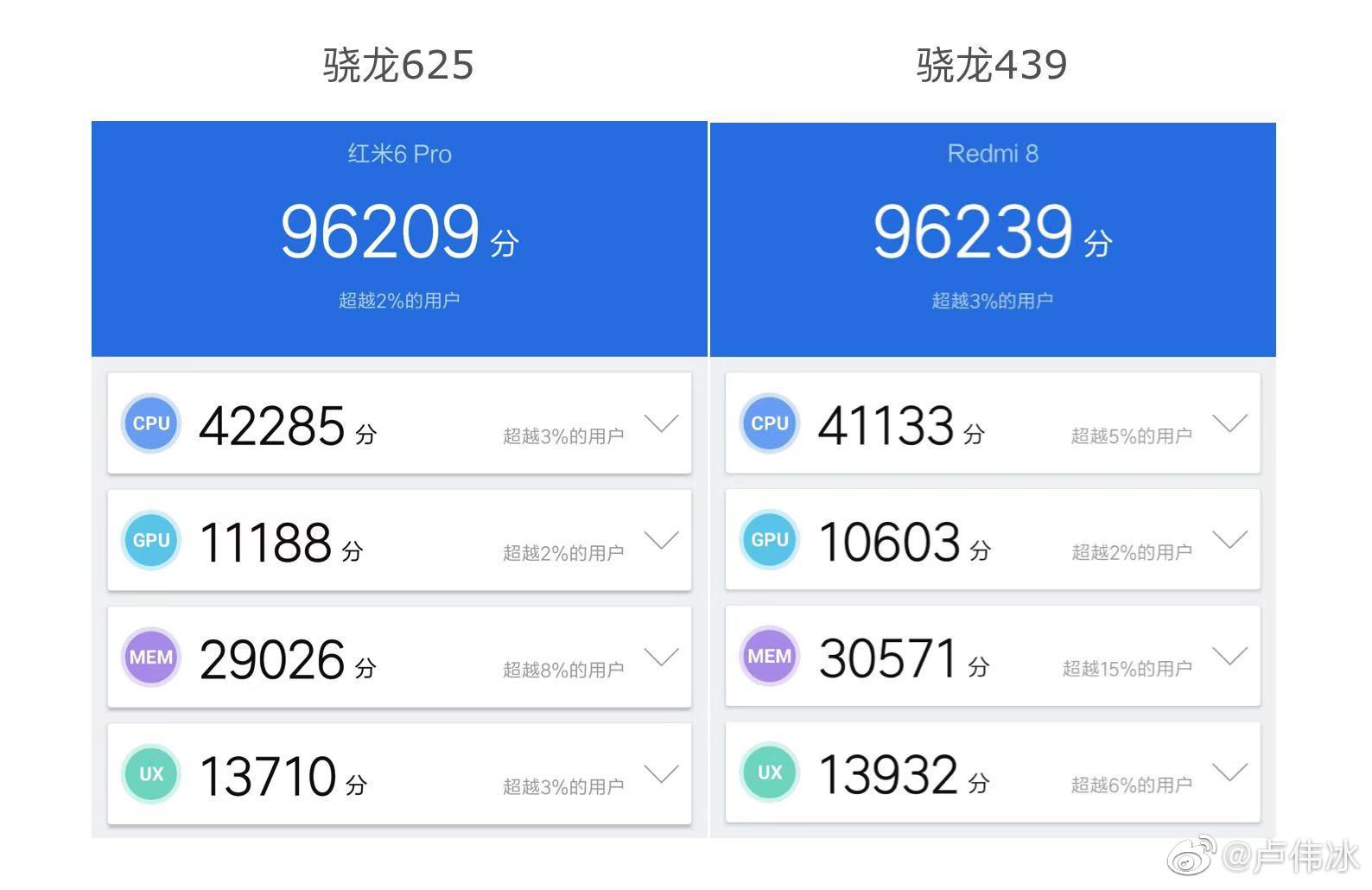 As you can see on these lines, the final score of the Snapdragon 439 exceeds, albeit by a little, that of the Snapdragon 625 . To this, Lu Weibing has added that those who are concerned about performance can buy a Redmi 7 or even the new Redmi Note 8, while those who prefer a long battery life should go directly to the Redmi 8 and 8A.

It is clear that with this response Lu Weibing has not only wanted to make it clear that the performance of the Snapdragon 439 should not be so undervalued, but also that the new Redmi 8 and 8A range has been fully designed for those looking for a large battery , extending beyond the day of duration.