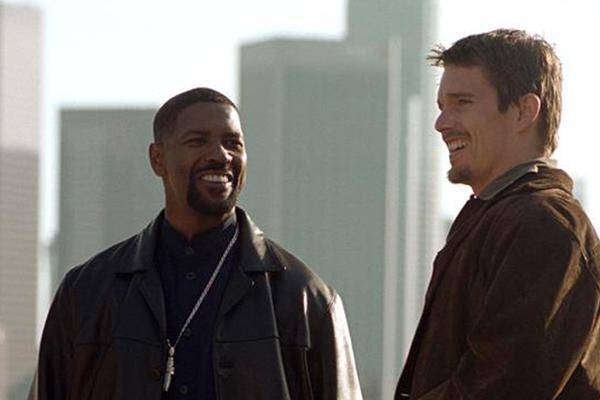 With "Training Day" director Antoine Fuqua celebrated his big breakthrough in 2001. The Oscar-winning feature film is now to receive a prequel, almost 20 years after its release.

At least that's what the industry portal Collider wants to have learned from production circles. The still untitled film is set to play a decade before the events of "Training Day", more specifically: 1992. The prequel appears to be starting two days before the verdict in the case of Rodney King. An explosive time, because after the judicial proclamation violent disturbances broke out in Los Angeles.

The "Training Day" Prequel is said to revolve around a still young Alonzo Harris, who was played in the 2001 film by Denzel Washington – and earned him an Oscar for Best Actor.

Collider makes an interesting account and thus brings a potential successor for Denzel Washington into the game: The Oscar winner was at the time of the original theatrical release 46 years old. Since the prequel plays ten years earlier, would have to take over an actor who is currently about 36 years old. How convenient that Denzel Washington's son, John David Washington, is 35 years old.

It's still a long way to go until the prequel is shot. There is currently neither a director nor a producer. But the idea of Collider that follows in Washington's son's footsteps pleases. The script is to write Nick Yarborough, a previously relatively unknown author.