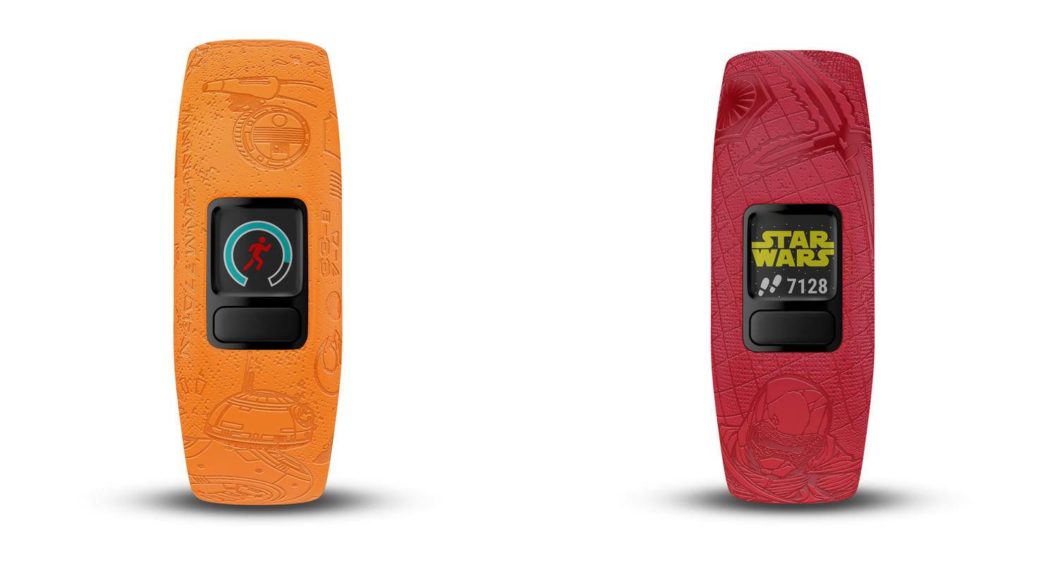 Is the offspring on "Star Wars" – or is "The Ice Queen 2" at the top of the favor? Garmin's kids fitness tracker Vivofit jr. 2 is now available in a new design. The manufacturer has designed in collaboration with Lucasfilm and Disney special editions of his wearables, which include in addition to new theme bracelets and special App versions.

The fitness tracker Vivofit jr. 2 is available in four special versions: twice in the "Star Wars" look as a light or dark side of power and twice in "The Frozen 2" design with an Anna or Elsa look.

The Garmin Vivofit jr. 2 is now also available in the "Star Wars" look …

… and as a special model in the "Frozen 2" design.

Garmin has also redesigned the app's app. In the "Star Wars" models, small Jedi masters with R2-D2 and C-3PO can escape the darkling Darth Vader or fight the first order together with Rey and BB-8. And as a trainer, Jedi Master Yoda teaches children how to play sports such as jumping jacks and mountaineers with new fitness cards.

Explore the world of the Frozen with Anna and Elsa

In the "The Ice Queen 2" version of the app, children can first explore the adventurous world of the first movie "The Frozen – Totally Blatant" once they reach their activity goal. After the theatrical release of the sequel on November 22, the kids will then be rewarded with story elements from the new film, according to Garmin .

Almost nothing new in the functions

Nearly nothing has changed in terms of functions, the special editions have the well-known features of the Vivofit jr. 2. The wearables measure steps, activities and sleep, parents can see in their app view the progress of the offspring. Thanks to the new "toe-to-toe" step competition, friendly matches can be held with family members and friends.

The "Star Wars" and "The Frozen 2" special models of the Garmin Vivofit Jr. 2 will be available in October. As a price Garmin 89.99 euros.