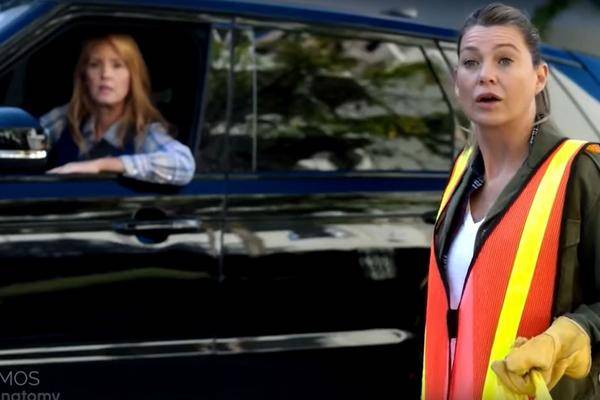 On September 26, 2019 Season 16 started from "Gray's Anatomy" in the US. There the medical drama about Meredith Gray on ABC and afterwards the streaming service Hulu. Our guide shows you how and when you can see the new episodes in Germany.

When and where does Season 16 of Gray's Anatomy start?

On September 11, 2019, the final episode of the 15th season of "Gray's Anatomy" in German Free TV on Pro 7. Theoretically, fans do not have to wait long to know how to continue. Because only about two weeks later, Season 16 starts in the US. Even the first trailer for the new episodes is already online.

The catch on the matter is from the German perspective, that Season 16 is initially seen exclusively in the US. The transmitter of "Gray's Anatomy", ABC, makes each episode available on the internet, but unfortunately a geoblock of foreign IP addresses prevents fans in Germany from accessing the stream.

An alternative would be the streaming service Hulu, who owns the secondary exploitation rights to the series, but also unfortunately is still not represented in Germany. Being part of the relay premiere from Germany is therefore impossible by legal means.

When does Season 16 come to Germany?

It will probably be half a year until Season 16 runs on German Free 7 TV on Pro 7. In any case, this was the gap between the first broadcast of Season 15 in the US and the start of production in Germany. In parallel, the episodes will then be available on the usual streaming services. Currently, "Gray's Anatomy" is available for free on Joyn and as part of the monthly subscription to Amazon Prime, Maxdome and TV Now. Netflix customers, on the other hand, look empty .

However, there is still a chance that season 16 of "Gray's Anatomy" will appear earlier than usual. Disney's first own streaming service Disney + will start in the US and Europe on November 12th. And since the company's extensive portfolio also includes ABC, it could well be that the TV series of the station soon on Disney + run. However, this is not confirmed officially.

It's best to use the wait on "Gray's Anatomy" Season 16 by sneaking in other similar series from our top list .