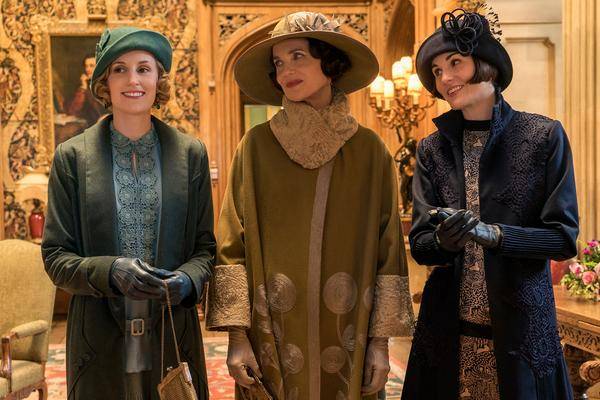 This week the drama series "Downton Abbey" dares to jump from series to cinema format. The fact that the transformation is actually more than successful is shown by the first projections from the USA.

For example, Downton Abbey is expected to spend $ 33 million in the US on its launch weekend, according to Deadline . This is a record for the rental company.

The Crawleys leave "Ad Astra" and "Rambo" behind

This is the Downton Abbey movie's most successful US theatrical release in the history of Focus Features. Previously, " Insidious: Chapter 3 – Every story has a beginning" defended this placement with 22.7 million. And not only that: "Downton Abbey" also dominates the box office this weekend.

According to Variety, "Ad Astra" will probably gross some $ 20 million on the opening weekend, while "Rambo 5" is expected to generate revenue of around $ 18 million. If the predictions prove true, leads with "Downton Abbey" after nine years, the first Focus features movie on the US cinema charts. Most recently, this was achieved in 2010 with "The American".

Even with the critics, the trip of the family Crawley in the cinema is well received. The "Downton Abbey" movie scored 82 percent on the Tomatometer on the film rating platform Rotten Tomatoes . Viewers even give the drama film 96 percent. If the theatrical revenues are right, there is probably nothing standing in the way of a sequel .

The "Downton Abbey" movie has been in German cinemas since 19 September.