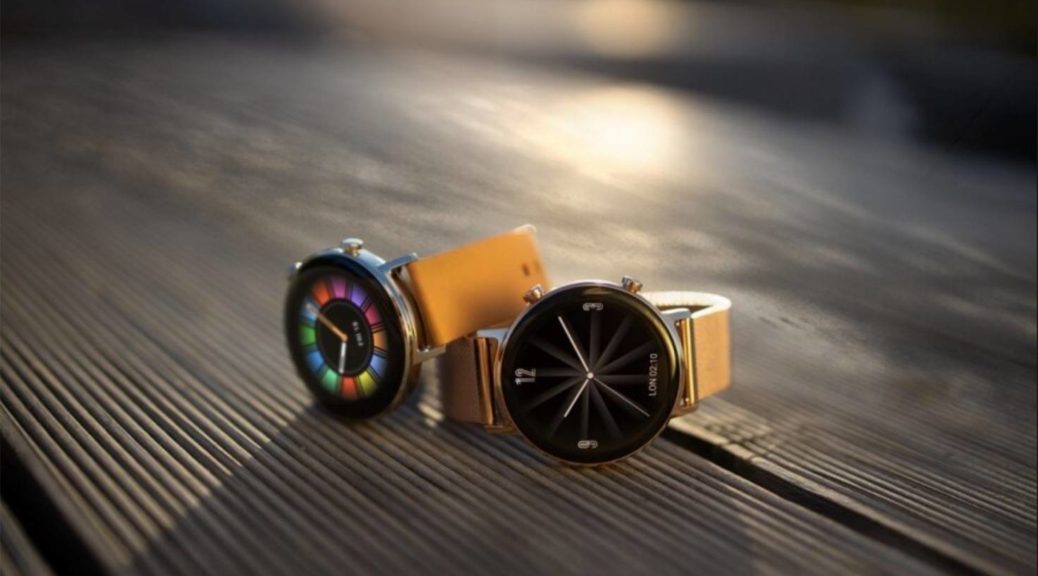 Huawei not only presented two new high-end smartphones in Munich, but also a new smart TV and a new smartwatch. However, some details about the products remain in the dark.

The GT2 is the successor of the Huawei Watch GT and available in mid-October in two sizes – 46 and 42 mm. As a highlight Huawei sells the new chip of the smartwatch: The Kirin A1 is to extend the battery life of the watch significantly. In GPS sports mode, the larger model of the GT2 thus lasts 30 hours.

Another special feature is the new display glass combination, which Huawei calls "all-in-one 3D glass," writes PhoneArena . The edge of the screen is particularly narrow in the 42 mm GT2. The dial is slightly curved. The 46mm model is more reminiscent of its predecessor and has a classic smartwatch design with a 1.39 "AMOLED display. ECG or fall sensors does not have any of the GT2 models.

The GT2 should be available from mid-October. The 42 mm model is then available from 199 euros. The 46 mm model from 229 euros. Huawei is still silent about which operating system is used on the devices. The reason is probably still the US ban of the company .

The smaller model of the Huawei Watch GT2 relies on a striking design.

Clearly Huawei is there to say what software is used on the newly introduced Smart TV: The Vision TV will appear with the recently presented Huawei's own Harmony OS . According to The Verge , there will initially be 65- and 75-inch models. Later, the Vision TV should also be available with screen diagonals in 55 and 85 inches.

A special feature of the television is a pop-up camera that can be extended for video telephony. In addition, the new TV models support Smart Home devices that use the HiLink standard. During the press conference, Huawei highlighted the AI capabilities of the television. The remote control allows the Vision TV to be controlled by voice. In addition, the TV should be able to analyze and recognize faces. For example, a blue light filter is automatically turned on when adolescents are sitting in front of the TV.

The TVs have a 4K resolution and provide quantum dots with wide color space. For prices and release of the new smart TVs, there is no information.